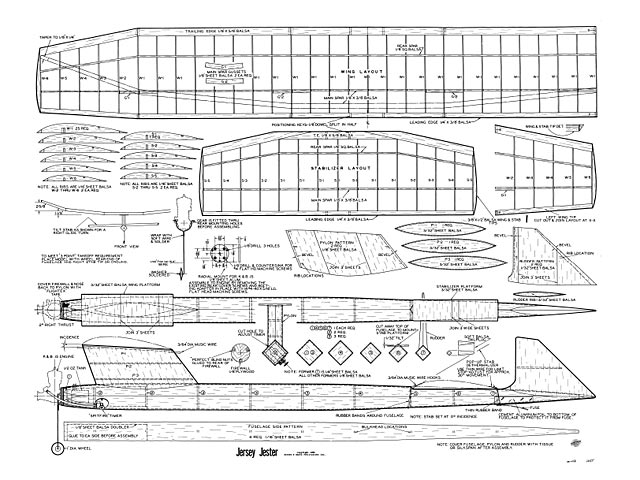 While no serious student of the aeromodeling arts would ever call his research work 'finished,' or insist that his latest model would always remain his best, it is true that on rare occasions a top-notch designer will come up with a craft which he feels out-shines by far any of his previous designs - successful as they may have been for him or for his followers.

Frank Ehling, noted New Jersey competition flyer and designer, has had such splendid flight performances from this his latest .15-category free flight that it appeared only fair that we share the plans with other dethermalizer devotees. Herewith then FE's latest, his best and the one he'll have a hard time surpassing himself." 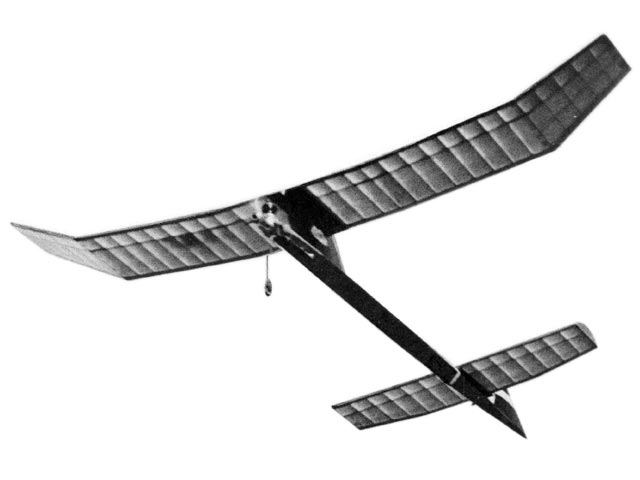