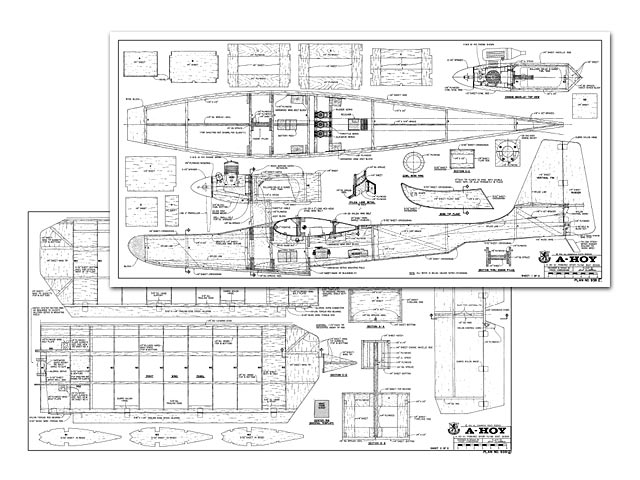 The A-Hoy does all of the above. When I set about designing the A-Hoy I used the basic premise that the hull would be simply a large float. The design on the hull would be exactly the same as the foam floats that I had been using for a couple of years. I looked back through past issues of RCM and other magazines to see what other flying boats looked liked and how they were set up, and found that everyone else had used about the same idea.

The finished A-Hoy looks very much like several of Ken Willard's designs, and well it should, because Ken is really the Grand Daddy of flying boat model designs.

A-Hoy is very rugged and is built to take hard knocks. Because most of the lake shores are less than clean, and because hidden hazards are always around, I recommend that you cover the bottom of the hull and the sides with lightweight fiberglass cloth and resin. A-Hoy was designed to fly on a .61, but after flying her for a season, I feel that if you wanted, you could do well with a .40. Naturally, the take-off run would be longer, but at an all-up weight of only 6 to 6.5 Ibs. (mine weighs in at 6Vz Ibs. and a wing area of 800 square inches) it can easily be flown with a lot less power than the Speed Webra puts out."

Article pages, text and pics, thanks to davidterrell80. 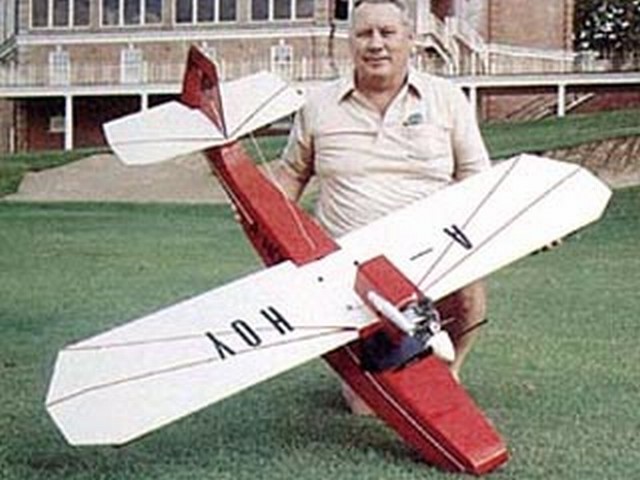