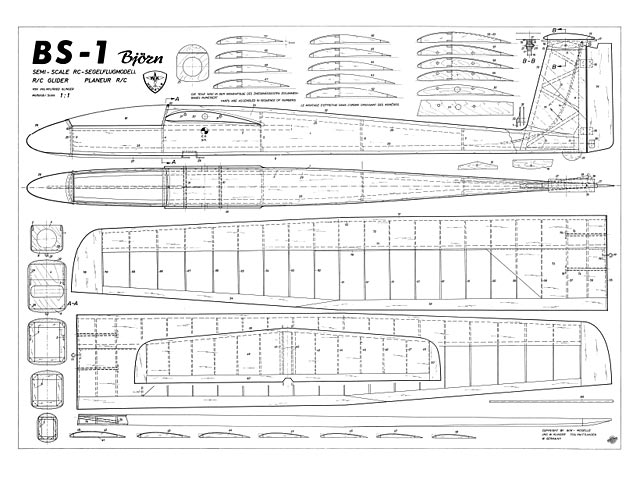 Way back in 1968 at the first organised event for Thermal Soarers, as distinct from slope models, a certain semi-scale machine cleaned up at Golden Cross in the South East of England. The winning model had better penetration in the wind and was able to make it back to the landing area to claim valuable points. This plus an average of two and a half minutes per flight - yes you've guessed it - a Wik Bjorn took first place. Although primarily a semi-scale slope model it beat the floaters on the day. So in no way is this a modern up to the minute design, far from it. Rather it is a tried and tested, well-liked model that looks realistic in the air, gives a pleasing performance and has that quality that all semi-scale gliders have; a timeless charm and they look like a 'real aeroplane'.

Off With The Lid: Opening the box reveals a wealth of balsa and ply all neatly packed and numbered. The box is actually full to the brim of materials - no stinting here by the manufacturers. The first thing to catch the eye is the very well produced plan. This is clear and has many cross-sections to help the builder. Also emerging at this stage is some tissue, full instructions and a letter to the modeller in both English and German. The translation isn't perfect but better than many others I've seen. There's also a small sheet of transfers to complete the model. After these paper pieces the next thing to note is the red nose-cone, moulded in strong fibreglass; saves shaping those nose blocks! The canopy is a clear and sturdy item packed alongside the nose-cone.

After that it's all balsa, ply and spruce, not a trace of foam to be seen. The ribs are pre-cut and fall out fairly well, one or two needed a slight sanding to remove fuzz from the top side. The section is not flat-bottomed but slightly undercambered. Plenty more sheet including the pre-cut fuselage sides which were rather heavy in my example but very hard also. The ply parts are not pre-cut but die-stamped, ten minutes with a Dremel is all that is needed here. The ply parts incidentally are from a very high quality plywood, very nice in-deed to work with. Plenty of strip balsa and yet more sheet underneath and finally, tip blocks, white glue and two 'bit-bags' which are very complete even down to self-tappers, control snakes and dowels. What I was pleased to notice as I went through this first part of the kit was that all the parts, even the tiniest pieces of ply, are numbered. A beginner or first-time builder would find this very helpful. Obviously a builder's model, but one that would not take too much effort and plenty of excellent materials supplied - clear the board!

Wing Wending: I began with the wing and found almost straight away that it was almost going to fall together, all the parts are so well cut and presented. There is even a pre-shaped strip included to give the wash out on the trailing edge. The wing is slightly unusual in that, although in one piece, the leading edge has to be notched and broken back-wards to give the leading edge taper..." 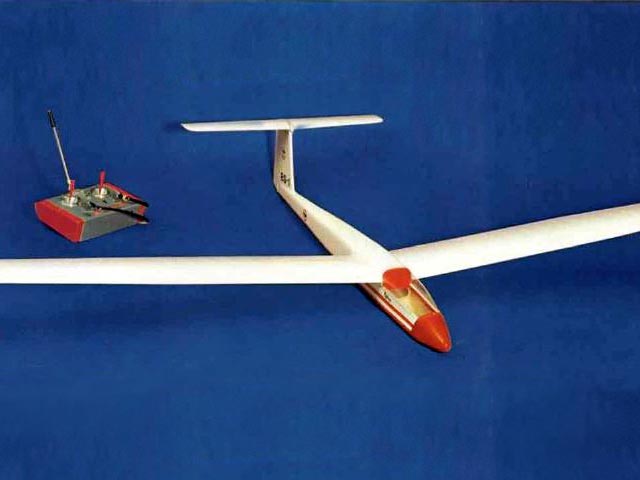