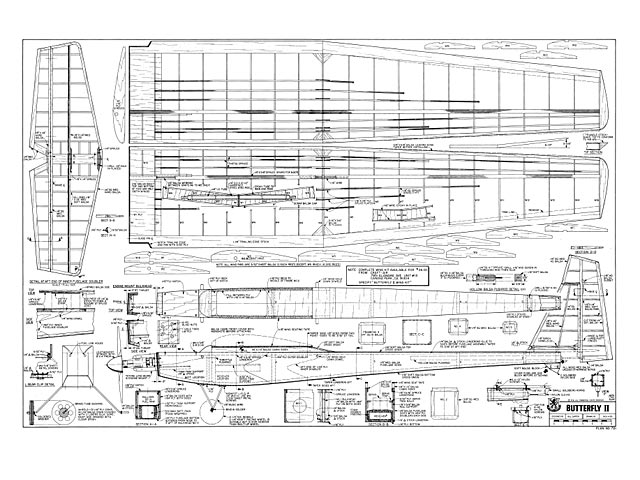 Surely this writer is not the only senior citizen who has harbored a desire to participate in R/C flying. Persons with well-greyed hair attend our club meetings quite often. A few of these older folk eventually become fair pilots, but often at the cost of many crashed airplanes.

This writer came upon the Austin R/C scene in the late summer of 1975. A kit trainer airplane was built as the vehicle with which to begin indoctrination into R/C flying. My good friend and instructor, George Parks, test flew the airplane and then began the task of trying to help me learn to fly.

I was not apprehensive about trying to fly the plane. After all, I had flown several. hundred hours in full scale aircraft some 30 years ago, and had a good knowledge as to why aircraft behave as they do in the various flight regimes.

Only one thing can be said about my initial attempts to learn to fly - utter chaos! It was frightening to me and a hazard to all persons nearby. Knowledge of aircraft and aerodynamics proved to be useless if one does not know which way the airplane is headed. Nothing wrong with the airplane - it was all with me. I just could not keep up with it. The realization soon came that I would never make it with that airplane. The smartest thing I did was to sell it before it was crashed beyond repair.

Retiring with bruised ego and shattered confidence, I thought about the problem. Being an engineer with some aircraft design experience, hope was born that an R/C airplane design could be built that would make the learning process easier. Hope led to action and, thus, the first of a now long line of slow flying trainer aircraft came into being.

Model I was a big brute, relatively lightweight with lots of wing area. She had full house control and was powered with a .80 engine. Now, this was more like it! The sheer size and low flight speed made visual orientation somewhat easier. Large size and slow flight made all of the aircraft motions slower. As an engineer would say - the 'time constants' were longer.

Model I was a delight to fly. She lasted through several dozen flights before being run into by a large tree. The designer even managed one or two nervous solo flights before her demise. At this point, having been caught up in a flood of further design and development ideas, the wreckage of Model I was piled under the workbench and plans were drawn for Model II.

Eighteen months time, and an addi-tional ten development airplanes, have now followed Model I in the attempt to develop 'the most docile trainer'. Along the way, the various models have been flown by George Parks and also a number of other experienced RiC pilots. Their comments concerning the flight characteristics and suitability of the planes as trainer aircraft have been most helpful.

The end product of all the develop-ment to this point is Butterfly II. She differs only in detail refinement from the three airplanes which immediately preceded her. All of the last four aircraft have been powered by .15 size engines. This is ample power for a large trainer provided that the airplane is made light.

The K & B rear rotor .15 engine is a good engine choice. This engine idles well due to its exhaust restrictor design and has a very high power-to-weight ratio. On a power-to-weight ratio basis, the K & B engine is superior to the Rossi and Cox engines that have now displaced it in Quarter Midget racing. An additional advantage of the .15 engine is that, in most places, engines of 0.15 cubic inch displacement and smal-ler may be flown without mufflers, thus saving additional weight.

Having arrived at what seems a quite good design for the gentle trainer aircraft, it is now possible to list the characteristics which it seems she should have:

(1) The plane should be fairly large (99.5 inch wing span in this case) in order that good visibility be possible, and also
that pitch, roll and yaw motion rates be slow.
(2) A good balance must be struck between inherent stability and maneuverability.
(3) Cruising flight speed should be quite low which means that the wing loading must be low (7.5 oz/sq ft in this case). Butterfly II cruises comfortably at airspeeds below 15 mph.
(4) Requirements 1 and 3 mean that the plane must be built light.
(5) In addition to being light, there is the obvious requirement that the aircraft be capable of standing up to rough landings and other ill treatment. Butterfly II has had four ground loop-capsize mishaps to date resulting in only one broken propeller and a small dent in one wing tip.
(6) The airplane should be designed and built in such a way as to make repair easy following a crash. It would be folly to think that a working trainer aircraft is not going to have more than its share of such mishaps.
(7) A high wing configuration is desirable so as to aid visual orientation of aircraft attitude.
(8) Color combination of the covering should be chosen so as to aid visual orientation.

The requirements that the plane be large, lightweight and crash resistant might seem, at first thought, to be conflicting requirements. This need not necessarily be so. If properly designed, a lightweight airplane can be more crash resistant than a heavier airplane. The light plane flies slower and thus has far lower kinetic energy at impact. The light airplane may be designed with structure flexible enough to absorb the energy with less likelihood of failure.

Butterfly II and its immediate predecessors have suffered many crashes and, in general, have been well banged about. They have stood up to the punishment very well.

Butterfly II is not just a gentle trainer sedately cruising around at quarter throt-tle. She also has a sporting side to her nature. At full throttle, the performance is astonishing. The rate of climb must approach 600 ft/min. Rough calculation and observation both indicate that the top speed exceeds 50 mph. She will do a very majestic slow roll across the field and gain altitude in the process..." 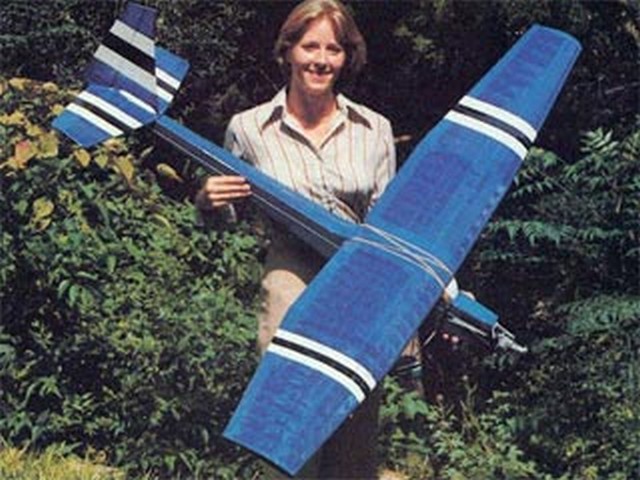