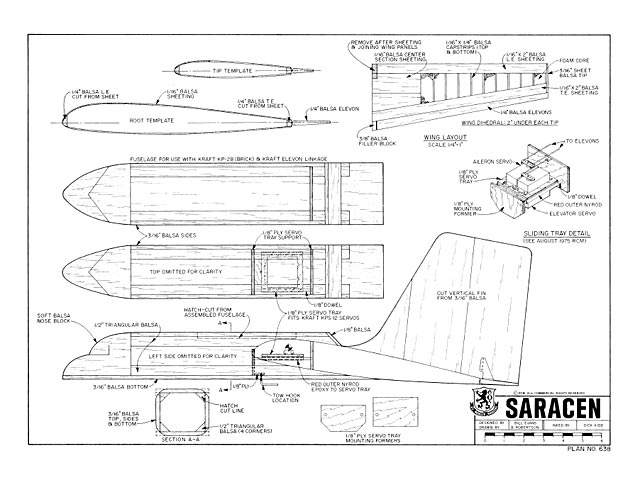 Quote: "The Saracen is dedicated to all modelers who have had their interest aroused by the mystique of the flying wing.

If a poll were taken of modelers asking: Which aircraft configuration holds most interest and challenge to build and fly? The answer would very likely be the flying wing.

When asked the obvious second question - Have you built and successfully flown a flying wing? The majority would answer no - because there is a lack of sufficient information about the design and construction of flying wings - the information available tends to be conflicting - if flying wings were practical, we would see them in use as full-sized aircraft - it has been reported by the experts that flying wings are unstable.

Though the above list is partial and you, the reader, could add additional comments, the author suggests that what is needed to satisfy the would-be flying wing modeler is added printed information based on experience and modeler awareness of successful flying wing designs.

As you read on, you will find out about the author's experiences, problems and successes with the 'Saracen', a six foot flying wing sailplane that the sport modeler can easily build and fly successfully. In August of '74, while on a trip back to Indiana, I had a long chat about R?C sailplanes with a long time modeler friend, Bill Braatz. In fact, he and I began flying together more than thirty years ago, anyhow the 'old pro' got me to do some heavy thinking about a flying wing sailplane.

In the past months, since the Indiana trip, I have learned a great deal about flying wings, first hand. During the period from August of '74 to January '75, I have designed, built and successfully flown sixteen flying wings. They are in the order of Airplane Number, Wing Span and Description and Remarks..." 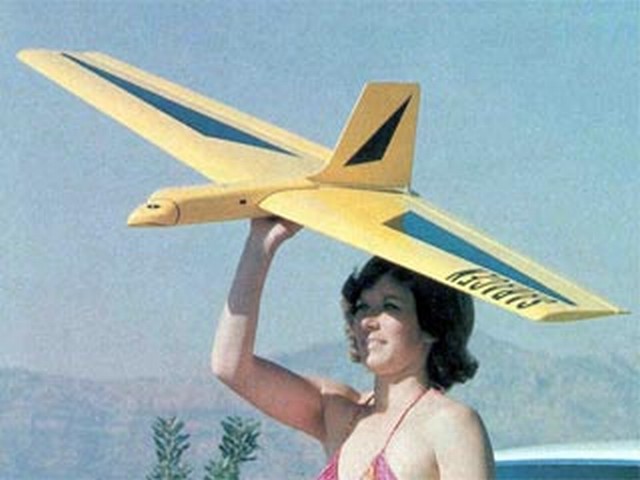