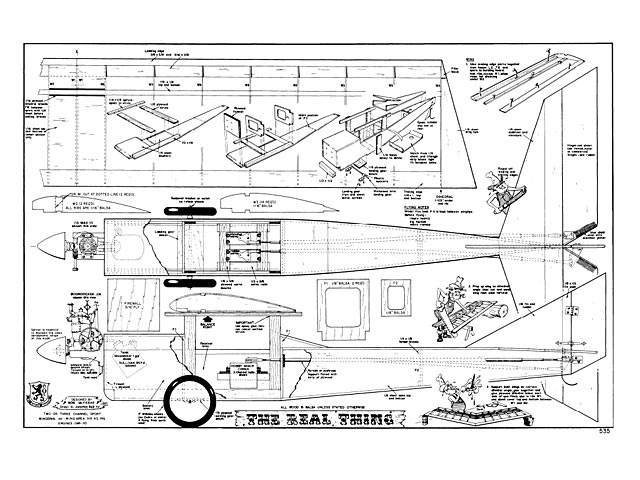 Quote: "Let me say at the outset that this design represents yet another attempt by RCM to bring to you, our readers, historical data concerning aircraft designs that have virtually been forgotten in the course of writing aviation's history. No effort was spared on the part of the research staff of RCM to ferret out every available detail of the one and only full-size Real Thing.

Our long search in tracking down sketchy rumors concerning the origin of the original aircraft ended in the hills of Kentucky where the rotting hulk of the full-size aircraft had come to an ignominious end as a chicken roost behind a farmers dilapidated barn.

The history of the Real Thing, as the story goes, is that it was built in those very hills where it had finally come to test, and was used during the days of Prohibition by the moonshiners as an aerial observation post for spotting the impending arrival of Federal Revenue officers. Working with the rotted remains, our intrepid staff reconstructed in minute detail this almost-sort-of-genuine stand-way-off scale R/C model of The Real Thing, one of the forgotten aircraft in aviation's history. The design of the model is by Bob McVickar with the prototype having been built by Paul Bender. The RCM drawings are by Jonathan Bull, one of the few surviving Kentucky mountain men who had actually witnessed the early flights of this magnificent aircraft.

Construction. We have tried to include as many details on the plans as was humanly possible due to the complexity of this competition scale aircraft. In order to aid you in the construction of this model,, the following is a step-by-step construction sequence:

1) It is necessary to build a wing, tail, and fuselage.
2) Build the front and back of the wing and glue a whole bunch of ribs in between; after pinning the leading and trailing edges to the building board with ten penny nails.
3) When dry, prop up wing to dihedral angle then cut and sand wing root until vertical.
4) Support both wings at correct dihedral angles, glue together, and glue the plywood dihedral brace to each side of the spar..."

This is the Real Thing plan as it appeared in RCM. For the Hobby Shack version of the plan, see the Real thing (oz4134) 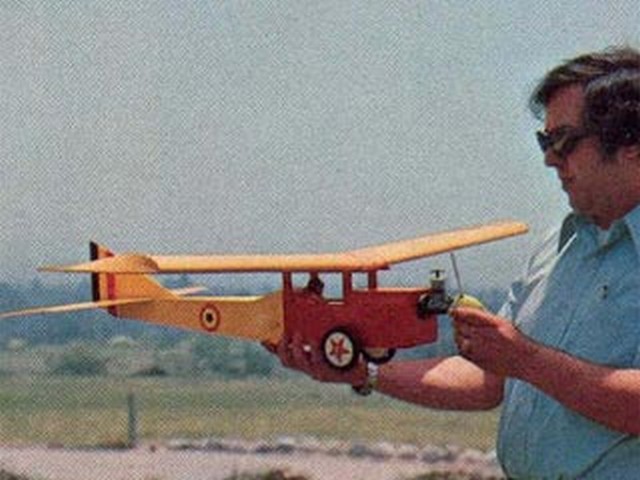