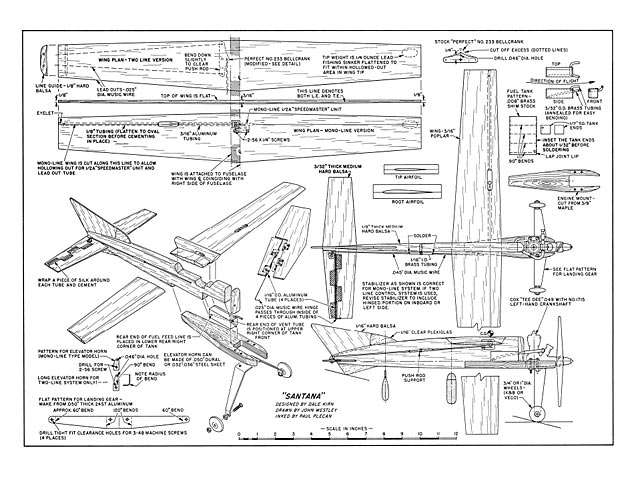 Quote: "A Half-A proto speed plane designed for and flown by a twelve-year-old to first place at the 1967 Nationals. Author tells how you can win with it too. Santana, by Dale Kirn.

EVER wonder what it takes for a Junior to win an event at the Nationals? More than likely, you probably already have a preconceived idea that it involves a special reworked engine, special fuel and a plane that was built by his Dad. There is no doubt that these conditions have existed for many a Junior who has won an event. But this was not true in the case of the Junior who won first place in 1/2A Proto at the 1967 Nationals.

Fortunately, some model clubs have taken a very active interest in helping the younger set, and the results have been very gratifying. A product of one of these programs is young 12-year-old Jimmy Wade of Anaheim, Calif.

Jimmy had his first flying instruction early in June - just seven weeks before the 1967 Nationals. He was trained on a Mono-Line plane equipped with a Cox QZ 049 engine. Since he had never flown a two-line plane before, he caught on to Mono-Line flying quite quickly. After his solo flight (on 50 foot of line), he put in approximately 50 to 60 more flights. As he became more familiar and at ease with the plane, a faster propeller and hotter fuel was used to get him ready for 1/2A Proto - the event he wanted to enter at the Nationals. Jimmy couldn't miss this opportunity - the Nationals were to be held at Los Alamitos NAS - almost next door!

Within three weeks, he was flying this Mono-Line trainer with a Tee Dee 049 and using racing fuel. He just couldn't seem to get it to go fast enough. Next step was to learn how to fly in a pylon. The solution to this problem was to take off' with his wrist already in the pylon. This is not easy to accomplish unless you are flying clockwise. Since he was flying counter-clockwise, a reverse pitch propeller was used to make sure the plane would not turn in at him during that critical first half lap..." 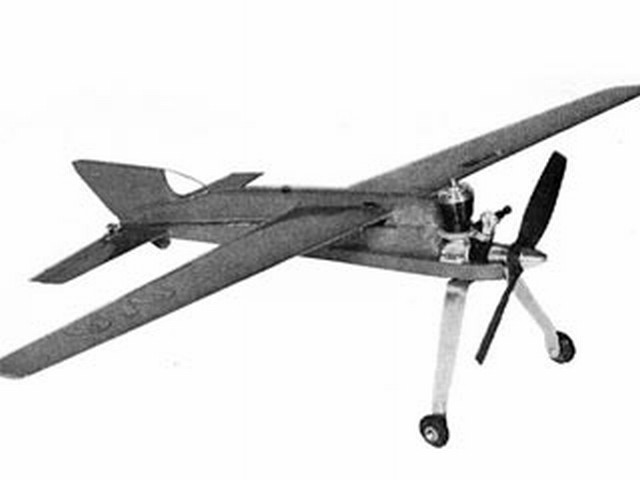