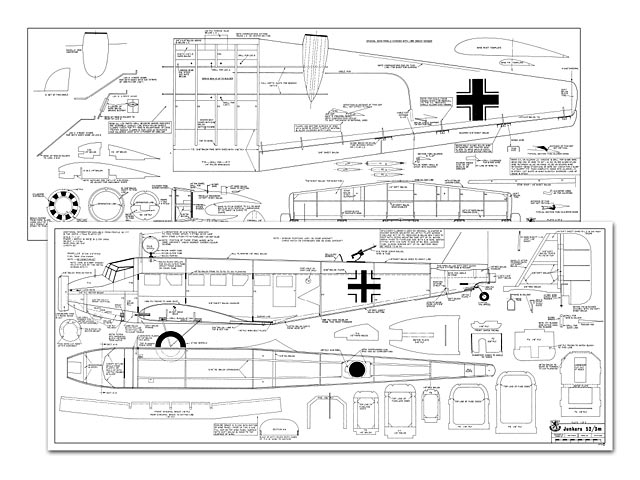 Quote: "I first decided on the JU.52 as a modelling subject when, one evening, browsing through some old magazines in a friends house, I came across Ken McDonough's drawings in an old issue of Model Aircraft. It had enough bits on it to make it interesting as a Model, and its ugliness lent it a bit of character.

There would be complications, I felt, with aileron and elevator hinging, corrugations, and I thought, the CG. But as I looked at the aeroplane it became obvious that the basic construction should be quite simple.

The prophets of gloom had a field day discussing the aforementioned complications, but I am a firm believer in getting started. This way, by the time you reach the sticky bits one has so much time and effort involved that one has to find a way around the problems. My worries; however, were unfounded since building the Junker was a piece of cake, almost like a Super 60 (oz552) (Ed's. Note: The Super 60 has been a popular high wing R/C Trainer in Great Britain for many years). The finish, ie corrugations and markings were not difficult, but it was a time consuming business.

Now to work: I decided on a scale of 1in = 1ft, giving a wingspan of just under 8 feet. This being a simple enlargement of six times that of the drawings to hand. Power would be a Merco .61 in the nose, and the motors in the nacelles would be simple Cox .049s, with T.R. tanks which would make a nice off beat noise. This way if either wing engine quit I would not get any of the problems associated, with these conditions. Wing engines could be larger, there being scale offsets to the nacelles, but the simple approach, I feel is sometimes best.

Aileron and flap hinges could have given me some headaches on a built-up wing and I pondered on foam wing panels. The sudden overnight rise in the price of balsa sheet and the amount of the stuff I should have to use decided this one for me. Paul Smith of Wanstead had just acquired an amount of Foam Block and offered me the facilities of his front-room workshop. While my better half was doing her thing in the Bingo Hall one Saturday evening, Paul and I cut both panels in one hour..."

Article pages, text and pics, (in two parts) thanks to hlsat, JHatton. 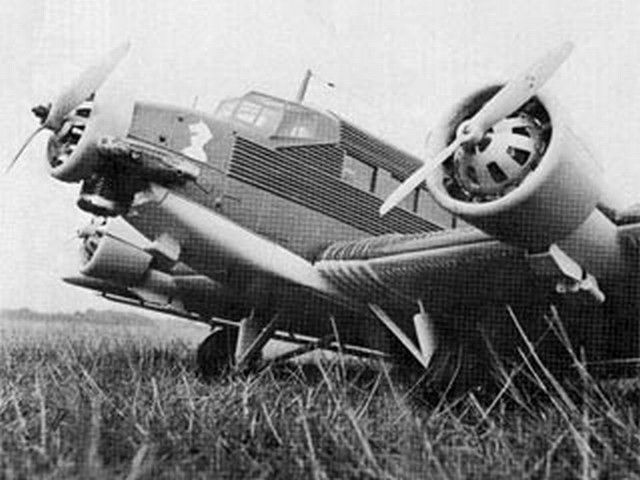