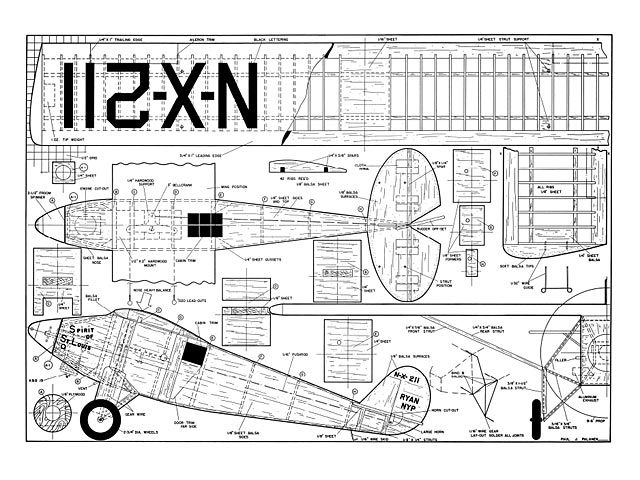 Quote: "Thirty-eight years ago, on a warm June day in 1927, an airman rode on the tonneau of a touring car; Capt. Charles Augustus Lindbergh - the Lone Eagle, first man to fly non-stop from New York to Paris. Columbus of the air they called him. There is little opportunity in this day and age to duplicate so fantastic a feat, therefore, it will forever stand alone, by itself in the annals of man's greatest achievements.

During the planning and execution of this epic flight, Lucky Lindy as he was also called had little experience to go on. How could he, it had never been done before. There were no electronic brains or computers to amass the information and data needed. There was no two-way radio communication for periodic checks, no data fed to him to correct errors in navigation. All he had was youth, courage and confidence in himself and his aircraft. If nothing else his courage alone is well deserving of all the awards bestowed upon him for this historic non-stop flight.

The Spirit of St Louis was designed and built by the Ryan Aeronautical Corp, an obscure young firm at the time. A knowledgeable engineer, Donald Hall designed the aircraft. It was an extremely clean design with much attention paid to streamlining to reduce the ever present drag to a minimum. The Ryan N-Y-P was designed for this flight, and this flight alone, with everything hinging on fuel capacity and engine durability.

Our model replica is built to a full 1 in scale resulting in a sizeable CL scale flyer. A few liberties were taken here and there to simplify construction and ease the final assembly. For power we employed a hot K&B .19 inverted, coupled to a 9 x 6 Tornado prop. The entire model is silked for added strength and the normal wear and tear most controliners are in for. Construc-tion has been kept as simple as pos-sible, beefing up where necessary.

Fuselage structure is of the box type, using Ye sheet balsa sides, top and bottom. Formers A, D, F, G, and H are of 1/2 in sheet balsa. Formers B, C, and F are of 1/2 in hard sheet balsa. Former A-1 is 1/2 in plywood. Prior to installing the formers to shape the fuselage, make all needed cut-outs in formers that support the motor bearer. Assemble these formers in place, and when they have dried, add the 1/2 in hardwood motor bearer. Be certain to apply ample. cement to the areas that are broken in shaping the fore and aft ends of the fuselage. A two ounce capacity fuel tank is secured behind former B and under the mounts. The filler and vent run up into and out of the leading edge of the wing center-section. Bolt a 3 in Veco bellcrank in place on the mount as indicated in the drawings. The top and bottom of the fuselage are left open until all components are added to the interior.

Carefully study the landing gear set-up. At first glance, it may appear hairy, but it will all fall into place. The gear wire is 1/16 dia and is symmetrical about the fuselage centerline. Bind with fine wire and solder. The portion under the fuselage is bound to the formers with thread and cemented securely to each..." 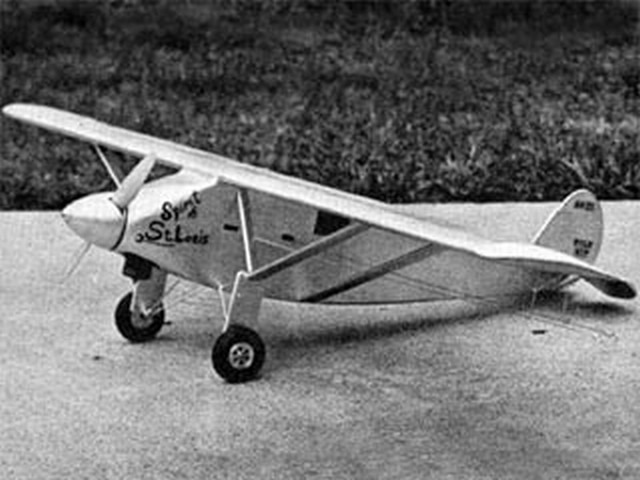