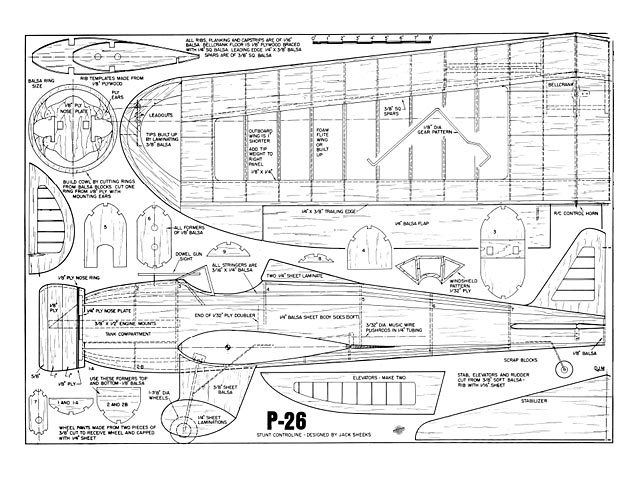 Quote: "The design of this little Pursuit fighter began in September, 1931 and became the most famous fighter plane of that era. It was the first all metal American fighter to go into full production and our first production fighter plane in a monoplane configuration. It was also the last open cockpit, fixed undercarriage plane accepted by the Army for service.
This is also Boeing's last production fighter plane which brought to an end fifteen years of being the leading manufacturer of fighter planes for both the Army and the Navy. The real ship sported a 27' 11-1/2" wing span and a length of 23' 10". Its maximum speed was 234 mph.
What most people don't know about this ship is that it did go to war. Since its life span was between 1931 and 1940, Americans never fought in them. Eleven however were exported to China and fought as front line fighters against the Japanese and recorded many kills before lack of spare parts forced them out of service. Until 1940, when the Pea-Shooter was replaced by the P-36A and the P-35, it was one of the world's most advanced fighters and held many military speed and altitude records.
As for modeling this little ship, I just about had to after seeing it at the Air Force Museum in Dayton, Ohio. It presented a few problems as to size and weight, but you never know until you try. First we ordered a custom engine from Dab Shafer in Ohio, then the wing from Arnold Stott of Foam Flite in Mankato..." 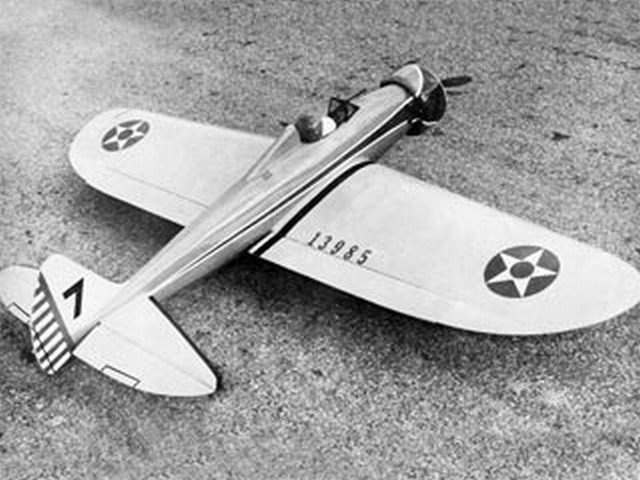