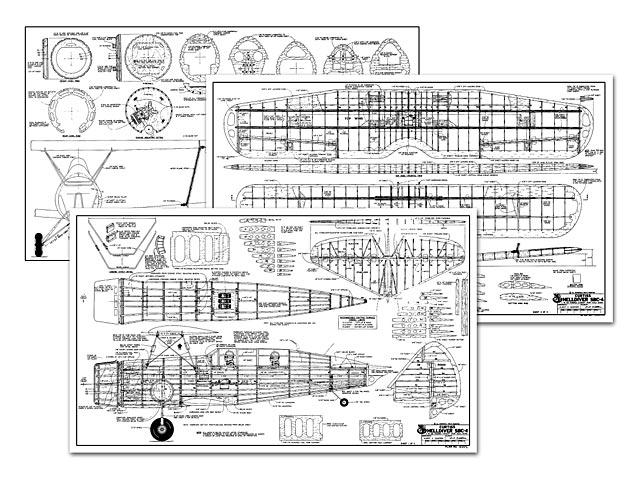 Quote: "After paying off the mortgage and funding your children's education, what did you do? What I did was to fulfill a dream I've had for 50 years.

In 1941, at the age of nineteen, I bought a very expensive kit made by Cleveland. It was a Curtiss SBC-4 Helldiver. rubber powered, with a span of 25-1/4in. The wheels retracted up into the fuselage, and its pretend 500 lb bomb swung down from under the belly on a trapeze.

My inquisitive younger brother was 10 years old at the time, so I could not leave it in our apartment in 1943 when I entered military service. For safekeeping, I hung it in the front window of my parents' store. Two months later, my mother wrote to me in Mississippi, to tell me that someone had thrown a brick through our 8 ft plate glass window and had stolen nothing but my airplane, leaving me with only a few photos and memories. I vowed that someday I would build another.

In 1980, still dreaming about my stolen Helldiver, I wrote to Cleveland Models for a set of plans and put them away in my basement. Ten years later, when I started the process of retiring from business. I began planning for a radio controlled version of the Helldiver.

I had the plans enlarged to twice their size, but I then changed the wings chord-wise and in span by adding 4-1/2 in to the top wing and 4 in to the bottom wing; and in addition by adding 7% to the size of the tail surfaces. All the bottom wing ribs are alike so I rough cut and stacked them... " 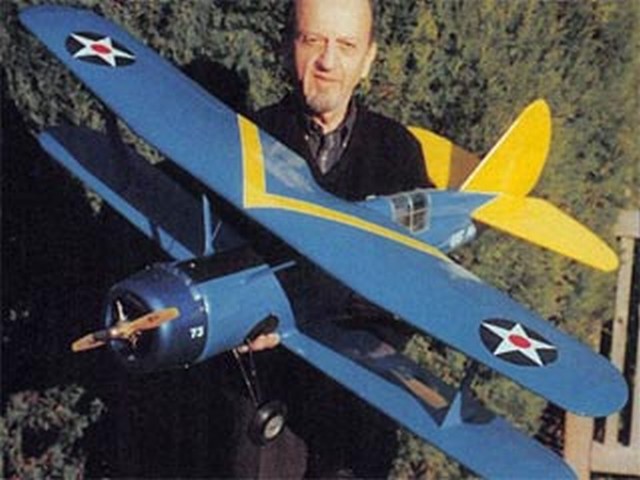