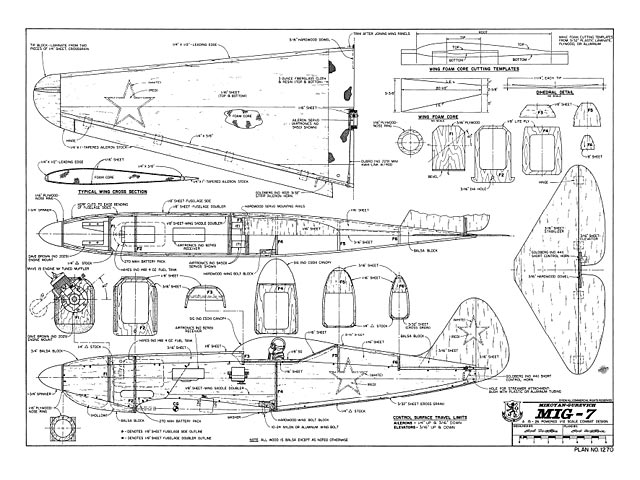 Quote: "There is little doubt that 1/12 Scale Combat is currently the fastest growing competition event within the R/C aeromodeling community. While still listed in the Academy of Model Aeronautics (AMA) Competition Rule Book as a provisional event (#704), that is destined to soon change. The Radio Controlled Combat Association (RCCA) has been accepted and approved by the AMA as the recognized Special Interest Group (SIG) for this competition category, and 1/12 Scale Combat will become a full-fledged AMA Rule Book event. In the United States (and also in Canada), there are presently two 1/12 Scale Combat classes being flown, and both will become a part of the AMA Rule Book. Only engine size and scale fidelity latitude factors separate the two events.

One class (704) which is now called 2105 utilizes any engine up to .15 cu in for any inline engine powered fighter and up to .21 cu in size engines for radial engine powered aircraft. A 5% scale deviation is permitted in all aircraft designs. The other 1/12 Scale Combat class is 2610, which allows any engine up to .26 cu in of displacement to be used in all aircraft designs, and a 10% scale deviation factor. Interest in the two categories is about evenly divided and all 2105 type aircraft are legal for use in 2610 competitions.

As my model of the MIG-7 has been designed within a 5% scale deviation limit of the full-size aircraft, it is legal for use in either event. While the MIG-7 is intended as a 1/12 scale combat model, it serves very well as a compact, sport-flying aircraft ...first, I wanted a model that was different from the hordes of Mustangs, Corsairs, Zeros Me109s etc that already exist. Second, it had to have more generous wing area than most other WWII fighters, and third, I just liked the looks of the Mig-7." 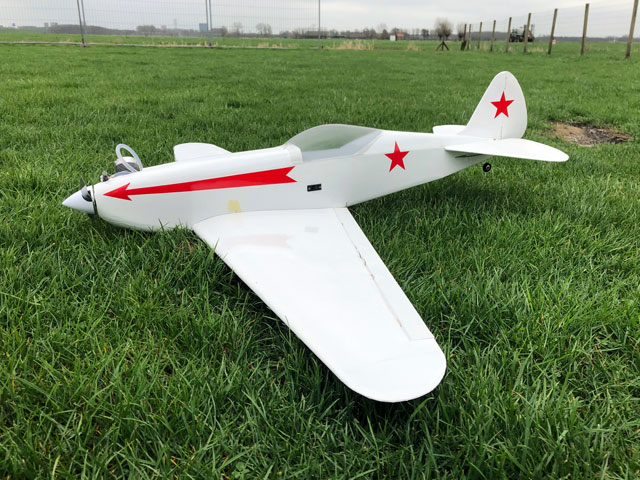 Thanks for running this superb website. Recently I've finished Bob Wallace's MIG-7. It was a joy building it and great fun flying. I enclose a few pictures [model photo & more pics 005, 006]. With friendly regards.
Bert - 03/06/2019
Add a comment