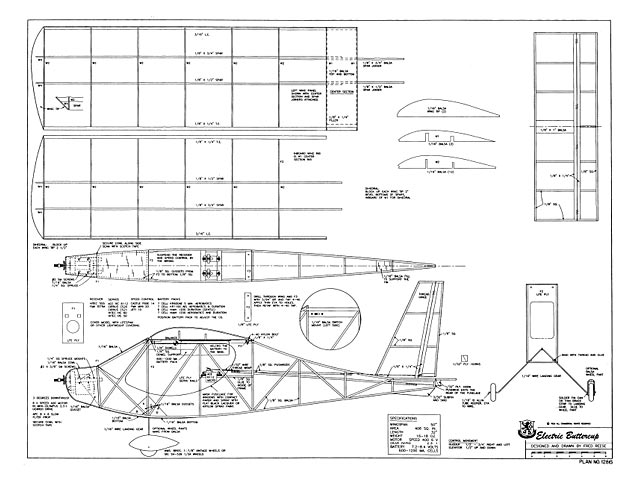 The Electric Buttercup is a simple and inexpensive approach to a park flier electric model that gives a wide range of performance from gentle to aerobatic. Flight times range from 5 minutes of aerobatics to 20 minutes plus of just cruising using a Speed 400 motor and the Mini-Olympus gearbox.

The Electric Buttercup has turned out to be a really fun little airplane. I have been flying it regularly for the last few months, several times a week. I fly mostly with Harry Stewart of Nevada City, CA. He also has a little electric model of his own design with similar performance. We often go up together and see how long we can stay up, just cruising around, chasing lift. At the local parks and schoolyards, we fly in the evenings, low and slow, with an occasional loop or roll. The other people at these places hardly notice that there are R/C models flying.

I had gone through one of those bad periods of having lost several good airplanes. Two were dumb thumbs, another was a mid-air, and I'm still not sure of the other. Nevertheless, I was out of airplanes to fly at our weekly gatherings. I had been thinking about this project for a while and about trying a geared Speed 400 electric motor in something. Meanwhile, on the Internet, I had been having a conversation with Larry Parkerson about my Buttercup (oz5779), an old 2-channel design for .020 sized motors. Larry had scaled up the Buttercup to 60 in for a 4-stroke .40 and sent me the file. I had been thinking of building the larger version, when all this other stuff happened.

I did some research on the Speed 400 and the Mini-Olympus 2.33:1 gearbox, reading the recommended areas and size for a model, thus powered. The data and other models available all seemed too small and with too high a wing loading for what I wanted to achieve. I wanted a model that would fly slowly in a confined area, but be able to stand some wind and be more of an all-around model than the super light slow fliers. I had built other Speed 400 models weighing 16 to 18 oz and felt that was a good weight to shoot for. A 50 in wingspan with 400 sq in of wing area seemed about right to me. This combination would give a wing loading of about 6 oz per square foot of wing area.

When push came to shove, I took the easy way out and re-scaled the Buttercup to 50 in. The wing area worked out to 406 sq in. After that, I just changed the 1/4 sq balsa frame to 1/8 sq and all the weight went away.

I use either a Hitec 555 or an FMA Direct Tetra receiver and a Viper Model Products Micro Demon speed control. I had also purchased, a while back, some of the Ace RC 8112 micro servos. I also had some 600 and 1000 mA 7-cell battery packs from my Simple 400. Some of the new equipment is even lighter, but the Electric Buttercup flies great with the products listed. I also used the large Deans Ultra Plug connectors and large silicone wire. You could probably save a half-ounce by just going to 18 Ga. wire and smaller plugs. I like the Deans Ultra Plugs for the larger motors and battery packs. One of these days, I will re-wire this system using the small three pin Deans connectors. 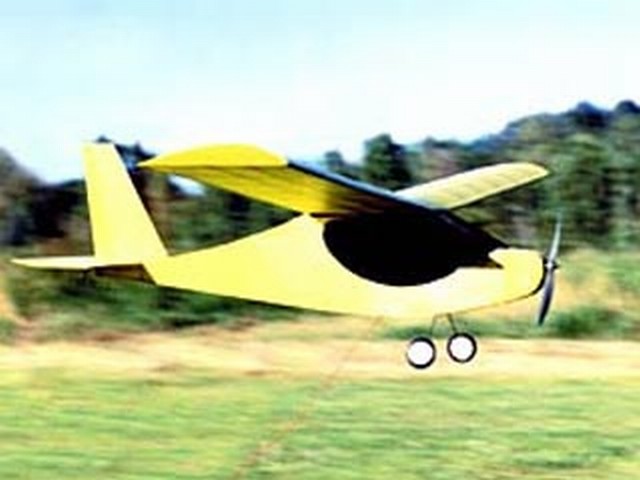