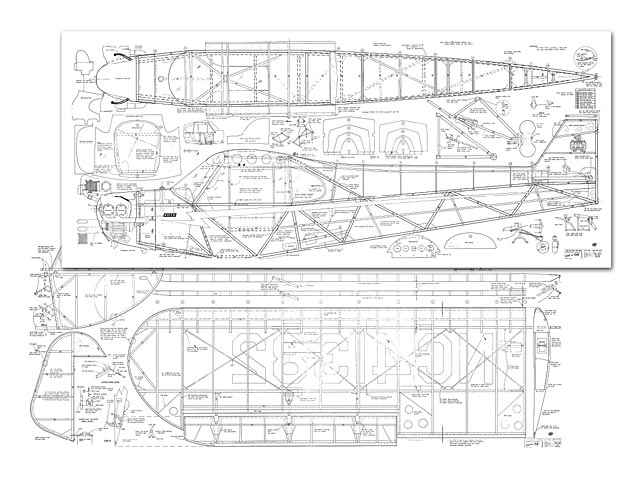 OF ALL the light aircraft produced in the last half century, l'm sure the most familiar is the Piper Cub. It became synonymous with all light aircraft and has probably been modeled more often than any other aircraft. My acquaintance with the Cub first came in the early '50s when I was serving my apprenticeship in the aviation business. I assisted in recovering and restoring a number of Cubs. One of the reference manuals we used was the Piper Service Manual. This publication had enough diagrams and drawings to build an exact scale model, so I went to work and built a six-foot, free-flight model of one of the Cubs we had restored.

Many years later, after taking up modeling again, that first J-3 model and maintenance manual came back to mind. When 1/4 scale became popular, I could think of no better aircraft to model for breaking into larger models. I soon obtained a copy of that original service manual along with the Wag Aero plans of the Cub. From these I compiled the plans for a 1/3-size model.

Twelve feet of wing for the Quadra may seem like too much, but since the full-scale plane is a high-wing, stable, slow-flying aircraft, so should the model be. I will admit to some apprehension about the power-to-size ratio and asked myself - How can this monster possibly fly with just a Quadra? I figured I could always install a larger motor if the Quadra proved inadequate, but my worry proved to be a waste of time after flying the model. It performs most realistically and has proven to be one of the most forgiving and docile R/C models I have ever flown. In spite of its tame performance, it offers plenty of challenge in perfecting basic maneuvers such as wheel and three point landings, sideslips, loops, and spins. Even realistic crosswind landings can be performed with this model.

The basic construction is not much different from the old free-flight cabin models of years ago. The big differences are in engineering for the extra stresses and weight of a model this size.

The system I used in making up the landing gear and fuselage cabin areas has worked out well. After some experimenting with 1/4-inch music wire for the landing gear, I was not happy with its strength or scale appearance. The welded steel tubing method shown on the plans has proved its ruggedness and durability, and is scale in operation. If you have no experience in silver brazing, you may want to practice before constructing the landing gear parts. The steel tubing is expensive. A good silver solder is Handy and Harman's Easy-Flo. Be sure to use the higher-temperature (1100-1200°F) solder. Some hobby shops sell silver solder, but it usually has low silver content and melts at a low temperature. It is all but useless for this type of work, since it doesn't have enough strength. The steel tubing can be obtained from most hornebuilt-aircraft companies, one of which is Aircraft Spruce and Specialty Co (PO Box 424, 201 West Truslow Ave, Fullerton, CA 92632). They have a mail-order department and catalog available for $4.00.

CONSTRUCTION. Once you have the landing-gear-support truss welded together, build up the two fuselage side members directly over the plan. Keep in mind that the sides are different in the cabin area. The 1/8-inch plywood doubler on the left side should be cut out and placed directly over the plan and marked where the cross members are placed before starting construction. When doing the right side, place scraps of 1/4-inch balsa under the plywood. This is so the plywood will show only on the inside of the cockpit..."

Article pages, text and pics (from 'Giant Steps' book by Dick Phillips), thanks to RFJ. 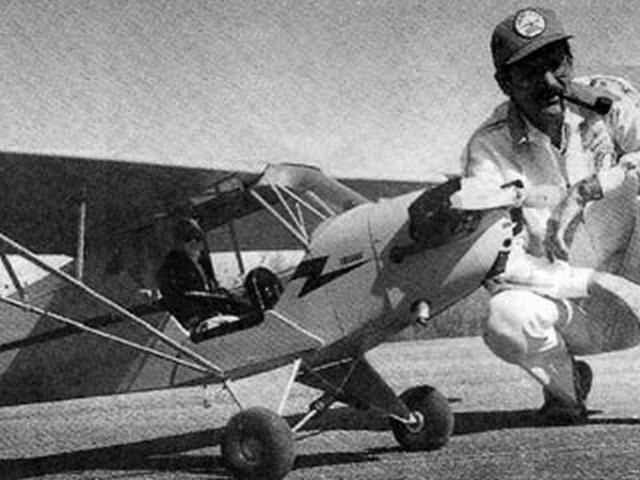