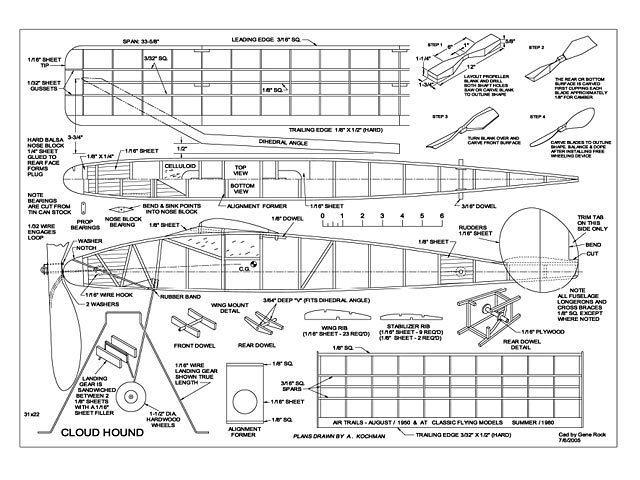 Cloud Hound. Rubber sport/competition model. Originally printed in AT 1950, this is a modern CAD-redrawn version of the plan.

The Cloud Hound and the Sky Racer (oz7846) both appeared in the same issue of AT (in the same article), and there may be some shared parts drawings between the two plans (UC gear, etc).

Quote: "At last, the younger and less experienced modeler gets an event for some exciting competition with simple rules, easy models ...the Kitty Hawk Contest is suggested for fun, for small groups, for clubs and interclub special event meets, and for any meet where time and interest may make it worthwhile to give these ships a whirl ...designed expressly for the Kitty Hawk rules competition, both these models are ideal for either sport flying or the 'KH' event in club or small contests. Both are drawn up according to the simplified set of rules given which dispense with wing loading and tensioning devices and should prove ideal for beginners. The following directions are for the twin-tailed Cloud Hound, but both models are basically similar in construction. Special notes on the Sky Racer are included..." 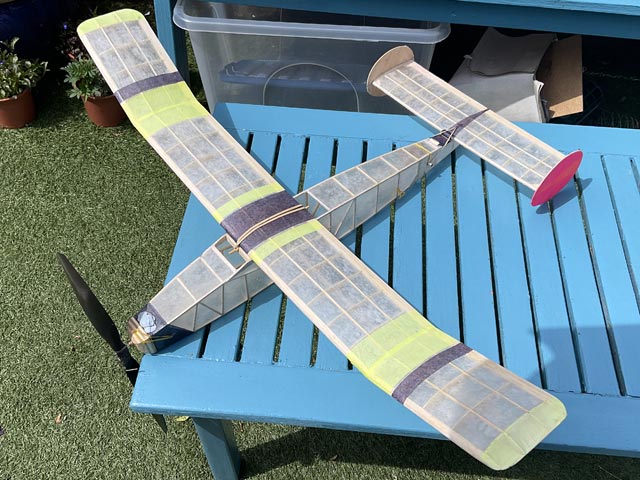