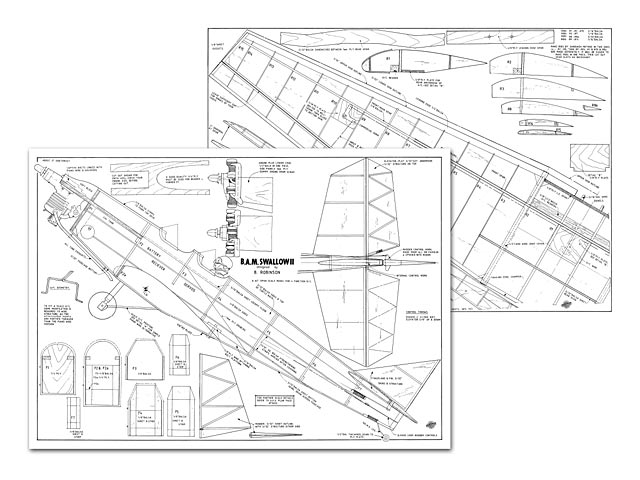 Quote: "Recapture the flying thrills of the thirties with Eric Robinson's delightful BAM Swallow - for 20 to 40 engines.

In 1933, The British Klemm Aeroplane Co Ltd, later to become the British Aircraft Manufacturing Company Ltd, started the building of a delightful, and beautiful little aircraft designated the Swallow.

An extremely stable aircraft, the Swallow was very forgiving, excellent for clubs and flying schools. It could be flown right down to something like 25-30mph and still be under complete control, almost impossible to stall under normal conditions, making spins very difficult to initiate. A very slow and quiet little aeroplane, as can be seen on some of the flying days at Old Warden, because a very good example is kept in the usual tip-top flying condition, at Old Warden, as part of the Shuttleworth Trust collection, in Bedfordshire.

For an alternative colour scheme take a look at the 'Preservation profile' of the January 1990 issue of Aeroplane Monthly where Ron Souch's restoration of G-AEVZ is featured.

The Model. I had seen the Swallow during my many visits to Old Warden, my first was about 1964, then seven years ago I had a notion of building a large scale version, around 10ft span. I decided to check it out at a smaller scale, also. Originally, I was going to electric flight it, but never got around to it - I still think it would suit electric, especially with the modern high powered batteries now available.

First of all read the plan, then make a kit of parts, and if necessary, do a dry run with some of the bits and pieces, check fits, etc, this way you don't find parts not fitting, while covered in glue.

Fuselage. Pick out the fuselage sides and ply doublers, glue and clamp together using PVA adhesive. Make up formers as per plan, epoxy engine bearers to former F1...

On a quarter throttle, she will fly very slowly and is just like the full-size aircraft, very stable at low speeds. The Swallow is really a smooth ground machine, and is fairly easy to take off and land, but tends to tip up on its nose on rougher ground, it will hand launch quite nicely. A 20 four stroke is recommended as the correct size engine, for real scale flying speed. If you have flown a low wing aircraft before, you can handle the Swallow. " 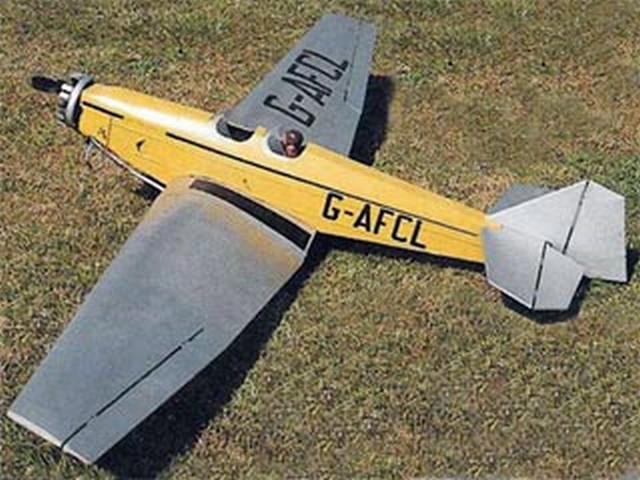 I got a bit confused as I could not find anything on Youtube with BAM Swallow. It looks like it is actually BA Swallow. (No big deal btw). Looks great, I'm going to build one. I will put in a Saito FS .30. Thanks for the plan!
EdV - 12/04/2018
Have added article text quote now. BAM was the British Aircraft Manufacturing Co Ltd, it seems.
SteveWMD - 13/04/2018
I've a feeling that the current designation of 'BAM' is down to the existence of 'British Airways' which would account for a redesignation as the latter also uses the 'BA' abbreviation. I thought perhaps at first it was to avoid confusion with British Aerospace, but they use 'BAe'.
Daithi - 16/04/2018
Add a comment