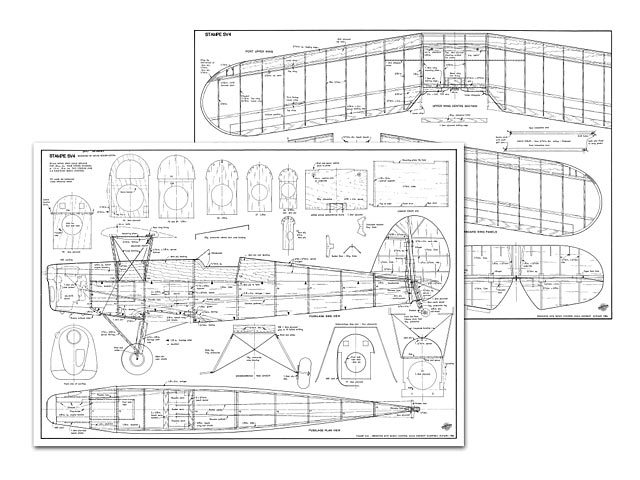 Radio control models of the DH82a Tiger Moth and its forerunners the DH60 Moth are quite common but the European equivalent, the Stampe SV4, has been largely ignored by modellers. This is a shame as the Stampe is undeniably an attractive biplane and those models that have been built (mainly from Precedent, Skyways and Svenson kits) all seem to fly well. Hopefully, the full-size pull out plan presented here will redress the balance slightly - it would lend itself to enlargement for those of you who prefer something bigger.

When Rothmans first decided to form an aerobatic team the choice of aircraft was, by a process of elimination, determined as the Stampe SV4. Because of very pleasant memories of the formation and operation of the team - and because the colour scheme is most eye catching - I finished the prototype model in the Rothmans livery. The only problem area in choosing this scheme is the reproduction of the gold, red and black Rothmans crests on the wings and rudder, at the time of writing this article I am still trying to resolve the best method of use.

As the original aircraft were normally flown in the single seat configuration the front cockpit has been omitted, it would be simple to incorporate it, full details are shown on our three view drawing (Plan No 3001 Price £2:50 plus 55p postage). Some of the British operated Stampes were fitted with Gipsy Major engines, the revised cowling shape is also shown on the three view drawings.

No ailerons were fitted on the original model, these could be incorporated by using a mini servo located in the centre section of the lower wing, serving lower wing ailerons only or both pairs. Scale outlines have been maintained on the model with wing and tailplane incidences as the original, the wing section is slightly thickened and the rudder cables do not exit the fuselage at the correct positions. So, it is up to you how much detail you want to add to the model and which colour scheme you adopt - there is a refreshingly appealing selection.

Contemplate and cut: Designed specifically for the 0320 four stroke engine, the Stampe could be powered by .15-.20 cu. ins. two stroke motors, a diesel engine would be a good alternative. Check on the position of the engine (bearer spacings) your radio equipment and fuel tank (if you intend using anything but a standard 2oz round tank).

Cut out all the parts first and start to lay up the laminated wing tips; dampen the strips first, use PVA glue, and leave for 24 hours to thoroughly harden..." 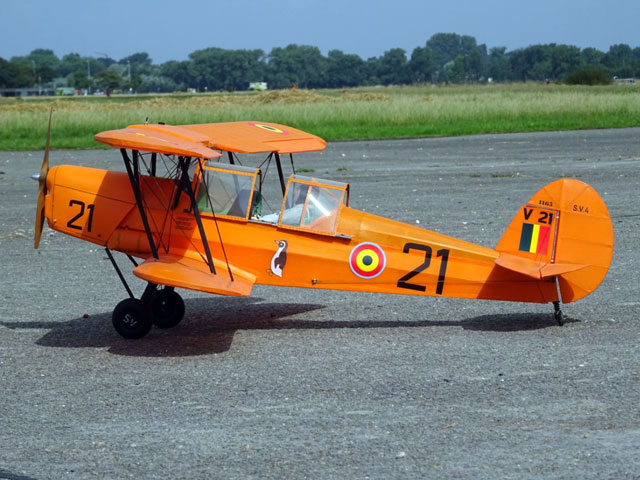