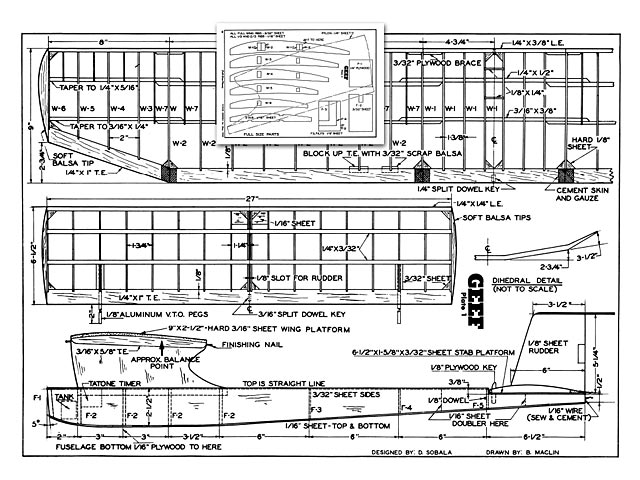 Quote: "Development of the 'Geef' design started in 1955 and has progressed to a point where we feel it will more than hold its own in any company. As evidenced by its First place position in the FAI Gas Event at the Nationals with a record time of 22 min 8 secs. Flown in competition from coast to coast, it has proven itself a consistent winner.

Even Junior flyers, building their first large gas model, have been successful in building and adjusting it. On the other hand, experienced builders using a 'hot' .19 engine have easily obtained dead air times in excess of the AMA 5-minute flight limit on a 20 second engine run VTO.

The use of a small (33%), thin stabilizer is a departure from earlier designs but has considerably improved the glide. The wing with its higher aspect ratio and more efficient low speed airfoil can better carry the load.

Several flat-bottomed wing sections were tried and discarded in favor of the under-cambered section shown here..." 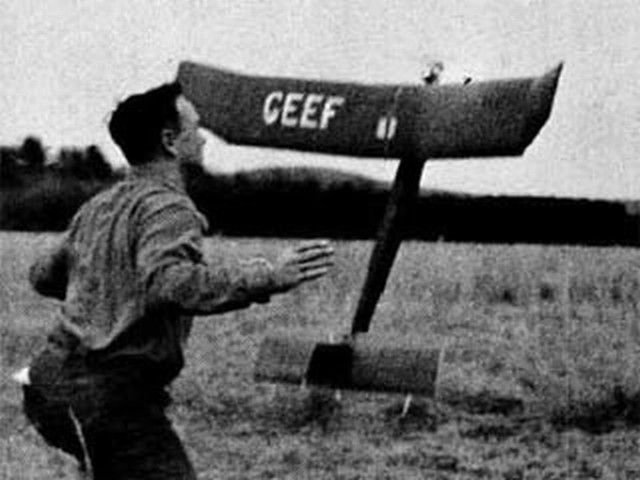