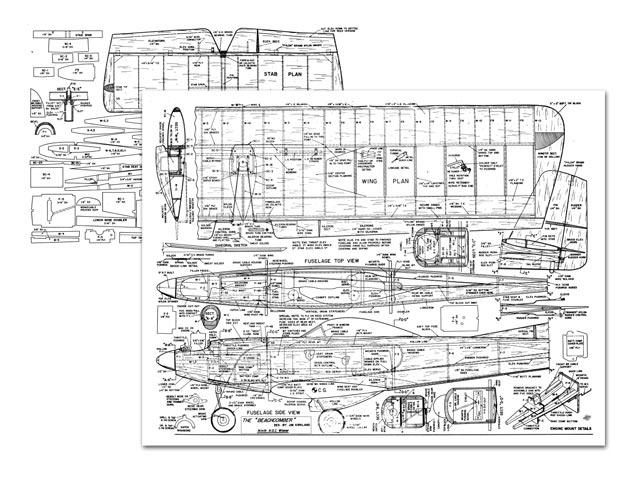 Quote: "Quadruproportional R/C model that won first in Multi at the 9th Annual King Orange Internats - flown by the designer, it won by a convincing margin.

In early 1962 a decision was made to take a long, hard look at the new quadruproportional control systems for R/C multi competition. These systems seemed to offer unlimited opportunities for smooth and precise flying. At the '62 Nats it was apparent that winning R/C flights not only had to be smooth, but also high points had to be scored on every maneuver in the present AMA pattern. This pattern requires our models to perform some remark-able aerodynamic feats when compared to full scale air-craft performance capabilities. As the top scores at the 1962 Nats would indicate, present day multi designs flown with reed systems do a very creditable job of this. However, these top scores also indicate that there is consider-able room for improvement before this present AMA pattern becomes obsolete; which will surely occur at some future date! I flew a reed ship at the '62 Nate and came away more convinced than ever that the new proportional systems could do better than reeds in meeting the demanding requirements of competitive flying.

Most present day reed designs have some necessary compromises 'built in' to enable them to perform as smooth as possible by 'hiding' the beeped commands. While these compromises make a certain degree of smoothness possible with reeds, they also affect other areas of performance to some degree. To overcome this now built-in deficiency, additional measures must be taken to enable the model to perform the more demanding maneuvers consistently. These additional measures must usually be paid for in some manner; commonly in the areas of time, cost, gadgetry and possibly some sacrifice in overall reliability. I felt that the new proportional systems would eliminate the compromise and deficiency problems and thus allow us to fly in the same manner as would a pilot flying a full scale aircraft. With these systems we should be able to develop 'in the cockpit' capabilities while flying our R/C models.

I had heard much about the controversy as to whether the new proportional systems could match the reed systems for precision maneuvers. My experience as a pilot of full scale aircraft, where emphasis is on smoothness and precision, revolted at this supposition. Proportional would offer us, as R/C fliers, the same advantages enjoyed by the pilots of full scale aircraft. What was needed now was a multi design to take full advantage of the new propor-tional systems.

I had flown most of the more prominent multi designs on reeds, and there seemed to be a little something missing in each as I considered them for proportional. Soon I realized that I was exploring in a relatively unknown area. This was when I first gave serious thought to the designing of the Beachcomber. I wanted a model that would fly as precise as any reed model, yet respond to controls properly in any attitude, or condition of flight. I wanted a model that would fly inverted as well as it would upright, and remain just as stable; and do this with a minimum of trim differential. I wanted a model that would spin reliably with no trim change; one that would tail-slide reliably; one that I could roll slow or fast as required. In short, all the things I had wanted from a reed design but had failed to find for obvious reasons. If I was going to try my hand at this design thing, I might as well go for broke..." 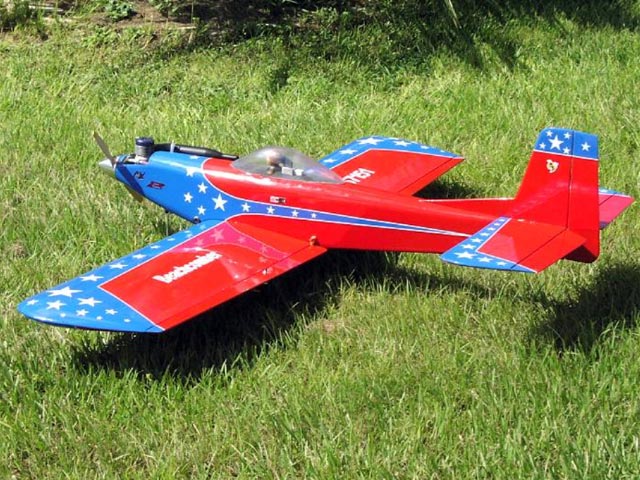