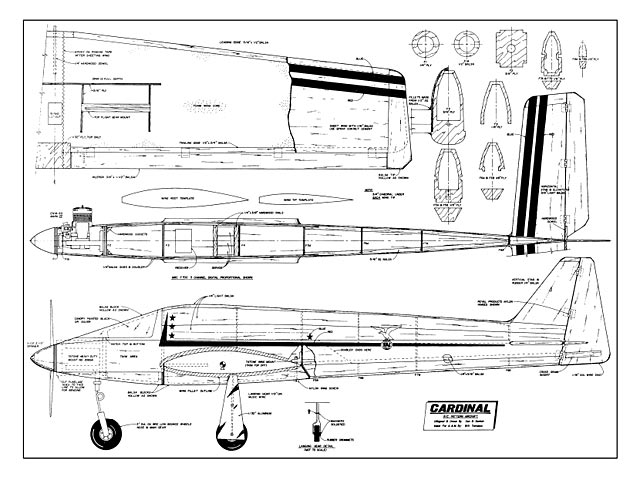 Someone once said - what this country needs is a good five-cent cigar. Well, there is a new saying that goes - what this country needs is a good FAI Pattern ship. Who said it? Just about everyone after the FAI Championships two years ago when this model was designed. We do not have a ship capable of the precision and grace required by the FAI Pattern. Don't get me wrong, we have plenty of airplanes that will perform the FAI Pattern, but there is quite a big difference between simply doing the maneuver and doing it correctly. Let's use the takeoff as an example. Just about anyone can perform this to one degree or another. You just aim it, pour on the coal and unglue it from earth when it has flying speed. It's simple, right? WRONG!

A good precision takeoff is a difficult maneuver, but a beautiful one if done correctly. It must track absolutely straight and lift smoothly from the ground in a fairly flat attitude. It takes a good pilot to do this, but more importantly, a good airplane. If a ship is not set up correctly one will have problems, even if he is the world's greatest pilot. Let's take another one on the spin. Get some altitude, head into the wind and cut the power. Bring the nose up, and as it stalls, hold up elevator and right or left rudder and aileron. It is at this point that the airplane takes over. All the pilot can do is watch as it rotates. It will either spiral or spin. If it does spin, how fast does it rotate? I have seen some pattern ships that would spin so fast it was hard to even count the turns.

Stopping it is something else. If the spin is rapid, the chances that you will stop it right on heading are remote. So, it follows that the slower the ship spins, the easier it is to stop it when you want to - not a half turn after you neutralize the sticks. Again, it is the airplane dictating the maneuver, not the pilot.

The Cardinal is the result of countless hours of research and study, as well as trial and error. Every aspect of the ship has a planned purpose. Each maneuver in both the AMA and FAI pattern was analyzed and the ship designed accordingly. It will actually climb while knife edging with full top rudder. It does not wiggle even the slightest on the double stall turn and will tail slide better than any ship I have seen. Wind has no adverse effects on it - in fact, it even helps you track straight in the loops and eights. Takeoffs are absolutely beautiful; it is almost impossible to tell exactly when the ship leaves the ground, it is that smooth. The spin rate is quite slow and it stops immediately when the sticks are neutralized. To achieve a faster spin rate and to do the loop with one and one-half snap, just move the clevis for more elevator throw. It will slow-fly at near walking speed, which enables you to put it right smack in the center of the circle every time..." 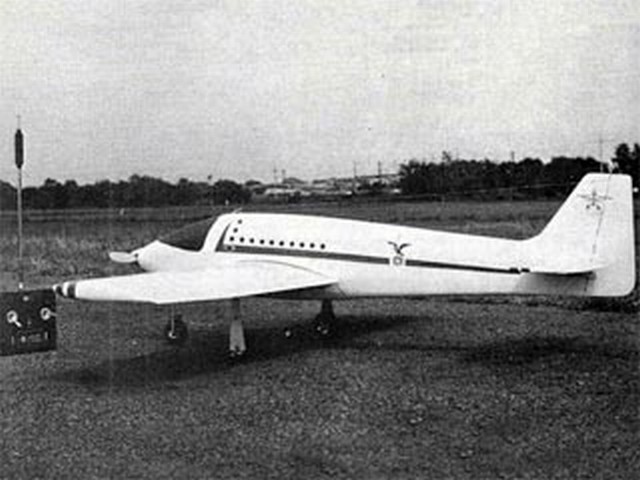 Thanks so much to the guys who contribute the articles to all those plans, really!
Hubert - 03/06/2016
Add a comment