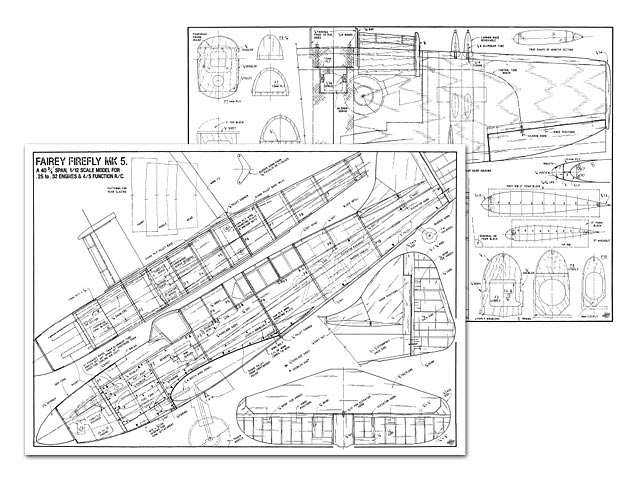 Introduction: We need to go back nearly two years to the time 1 received the first letter from Andy Blackburn (now there's a name to conjure with!). Andy was castigating me - in the most painless way - for having an issue without a pull-out plan, I rapidly assured him that this was not a regular occurrence. He also objected to some of the previous prototypes included in the magazine, considering them to be ugly. Beauty, as we know, is in the eye of the beholder and what is one person's Adonis is another's Frankenstein.

Where Andy made his mistake was to include a list of his desirable candidates for free plans because, on this list was the Fairey Firefly. Now it just so happened that I had recently drawn up a 'Firefly' for this very purpose. Right Andy, you want it, you build it! In fairness, Andy took the challenge very well and said that he was prepared to take on the task but explained that he was not the quickest of builders. Fine by me, there was no absolute deadline.

As you will see from the photographs Andy made a first rate job of the model and managed to combine an excellent finish with a sensible flying weight. Yes, it did take a time before the model was completed but Andy had to contend with house moves and other domestic trivia. It was well worth the wait because the finished model has character and (in both of our views at least) attractive lines.

Andy Blackburn has written the construction notes, there is no reason why the drawings should not be enlarged but this model has not been specifically designed with this in mind.

Construction is fairly involved, so a careful examination of the plan before picking up the scalpel is probably a good idea. The prototype weighs 3lbs 4ozs, but I did use some very light wood. I wouldn't honestly recommend that anyone use wood heavier than 8 lb cu/ft, most of mine was about 6-1/2 to 6-3/4 lb.

Fuselage: Cut out and mark the fuselage sides with former positions etc. Glue the 1/16 ply wing seat doubler and the 3/4 triangular section aft of the F6 position; some cuts with a razor saw will probably be needed to make it conform to the fuselage side profile. Join the fuselage sides using F2, F3 and F6 - be careful as F3 and F6 taper towards the top edge and it's relatively easy to get the vertical positions of both these formers slightly wrong. I did. but I don't think anybody has noticed!

Make a lot of saw cuts in the 314in triangular section block so that the fuselage sides will bend. then add the stern post, join the fuselage sides and add F4, 5, 7, 8, 9 and 10 and the top keel pieces. Add a Bowden cable outer for the Rx antenna, and the bottom sheeting between F6 and the stem post..." 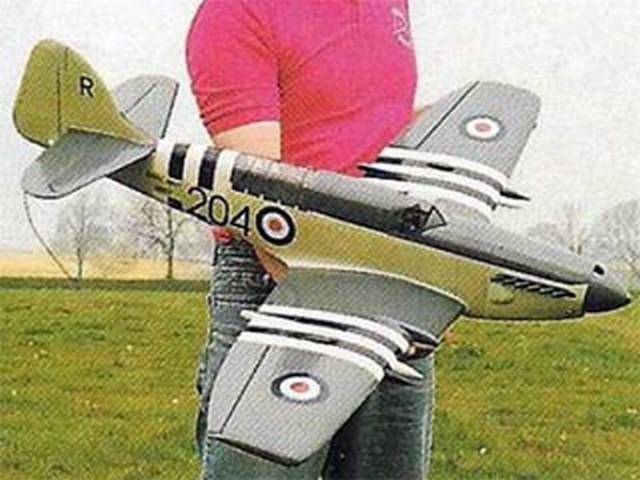