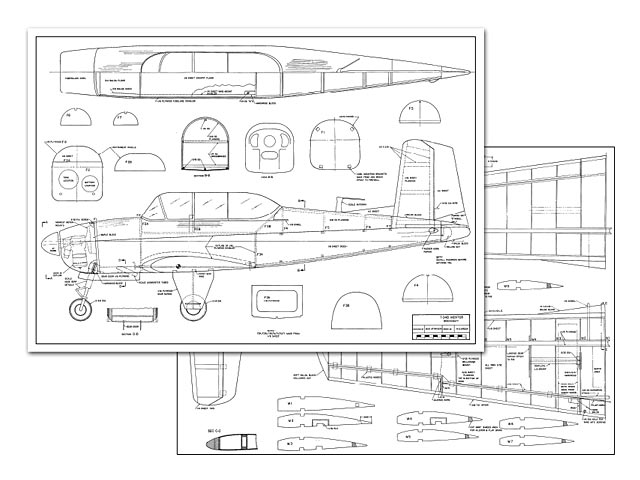 Quote: "An accurate scale model of the T-34 advanced military trainer still seen today on active duty. It is easy to fly yet stuntable. Beechcraft T-34 Mentor, by Bud Atkinson.

The Beechcraft model 45, named Mentor after the trusted servant of Greek mythology, first flew as a prototype in late 1948. Since that time the Mentor has served as a training airplane for thou-sands of United States Air Force and Navy pilots and continues in use at some military installations even today. Approximately 100 of the Wichita-built trainers are still in operation at the Pensacola Naval Air Station.

The Mentor was designed and privately financed by Beechcraft as a primary and basic trainer for the military services. It filled the design requirements so well, that over 1000 units were produced by Beechcraft for domestic and export sale. The aircraft was also produced under license from Beech by Japanese, Canadian and Argentine firms.

The Mentor was stressed for ten positive and 4.5 negative G's and was fully aerobatic - a feature demonstrated in exhibitions at the Cleveland and Miami air races in 1949 and 1950 by the noted aerobatic pilot Beverly E Howard. Betty Skelton also flew demonstration flights in the early Mentor. Additional demonstrations were flown in the United States and overseas by Beechcraft and guest military pilots through 1949 and 1950, winning every evaluation competition entered.

First production model of the Mentor was delivered to the US Air Force, October 1953, at Edwards Air Force Base. There it underwent evaluation in training conditions similar to those it would en-counter in actual use. At one time during the evaluation, one Mentor was flown 23 hours and 20 minutes continuously with only seven brief ground stops for refueling and crew change.

Fuselage Construction: The T-34 fuselage is simple and straightforward, much like any stunt ship, and since it has slab sides and bottom, it makes for easy construction... " 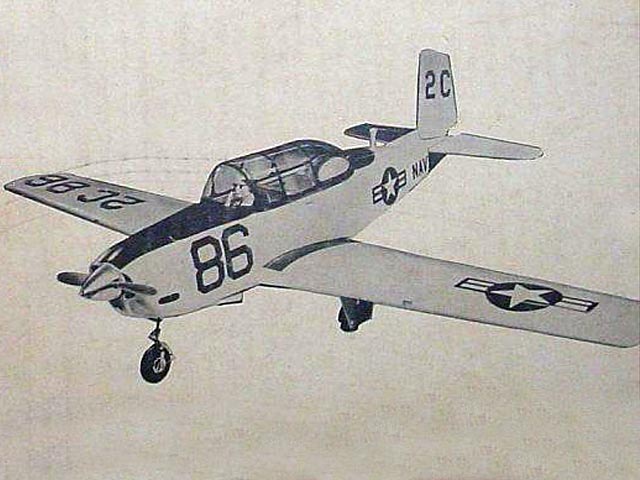