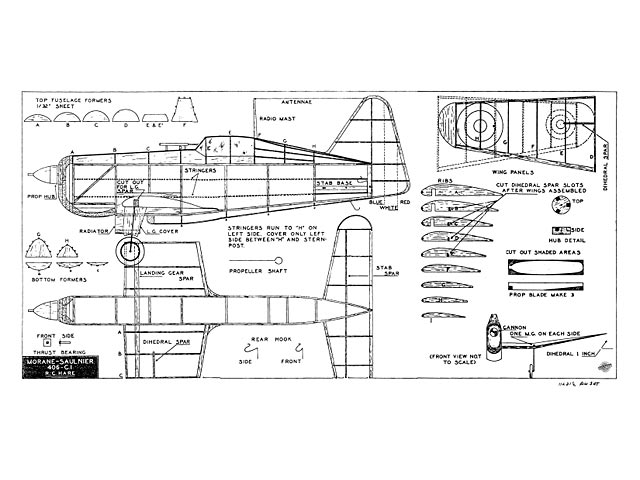 SINCE THE EARLIEST days of military aviation the French firm of Morane-Saulnier has been famous for producing some of the most capable service machines on record. You will well remember that M-S machines played a very important part in World War I.

The model itself is quite simple to construct in spite of the fact that stringers, generously used to maintain scale contours, make the framework appear complicated.

Fuselage Construction. Make a fuselage jig by covering the plans with waxed paper. Place guide pins along the longeron outlines. Fit in 1/16 in square longerons and uprights, noting that the section between uprights B and D is filled with 1/16 sheet balsa in which 1/4 x 1 /8 mainspar slot has been cut. Make two sides in this manner.

From 1/32 in sheet balsa, cut fourteen top and bottom fuselage formers and cement as shown on the plans. Attach the 1/64 in sheet cowl as shown following the shape carefully at the cockpit.

Top and bottom nose blocks are built of laminated 1/8 in sheet balsa sections cut out as illustrated in the plans. Save the cut-outs from the first and second sections as they are next cemented together to form the nose plug. Stringers, of 1/32 square balsa are next to be cut and cemented as shown. The framework of the cockpit enclosure is made of the same stock. Make a thrust bearing..." 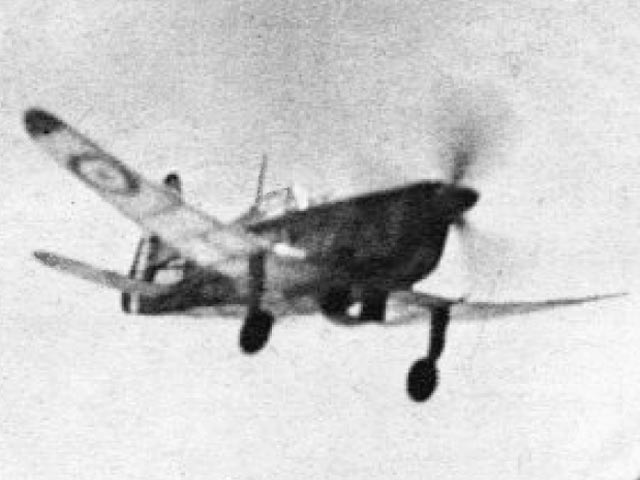