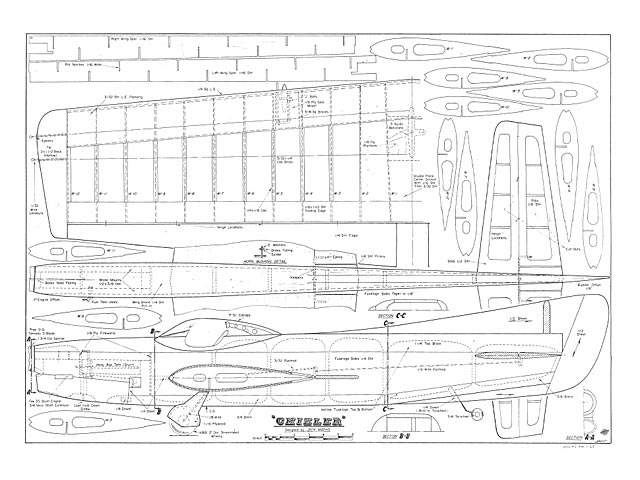 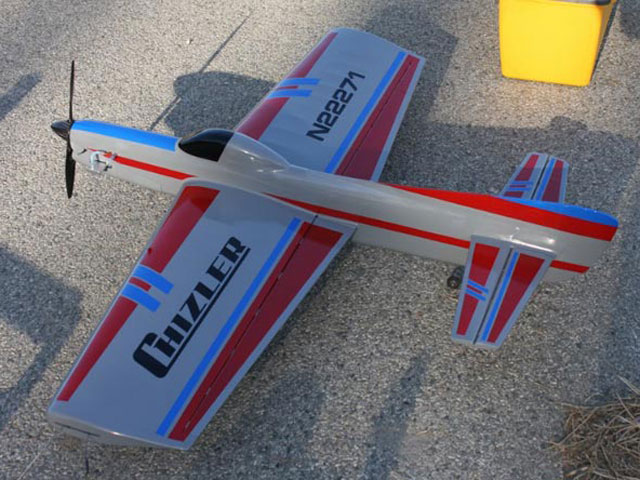 Steve, I would like to submit some photos that I took [model photo and more pics 003]. I used to be a paper-and-pencil draftsman for a few years, or should I say vellum and leadholder draughtsman, very old-school. Even did some tech-pen and mylar technical illustration work which was my favorite. Then Autocad came along and sucked the life out of all of it and it wasn't fun any longer. But I still have a serious addiction to perusing old plans and occasionally building one. That and photographing models in the Los Angeles area. Thank you a great deal for providing this service to all of us. Keep up the good work.
PaulW - 10/05/2016
My father's Chizler, his pride and joy - he competed with it from the late 60s to early 70s - has been stored in the attic for 40 years since 1977, along with his 2 Noblers. Dad passed 3 years ago. My mother didn't want to get rid of dad's planes because of the time, love and enjoyment he spent building and flying these ships. Never seen him fly the Chizler, because that was his competition plane, but I remember as a child spending many weekends at the nearby park watching dad on his Noblers practicing his stunts. In May this year I rented a cargo van and drove from Northern Virginia to Louisiana to rescue dad's planes along with a box of trophys from his competition days. This picture [more pics 004] was taken yesterday, and the more I see and hold dad's planes, the more I want to restore them back to original and even possibly get them in the air again. Dad tried to get me into control line when I was a teenager, back in the 80s, gave me a kit he had saved from his hobby shop, I managed to build the wing, but with much regret, that's as far as I got. I am reaching out to you because I have no idea where to begin with the restoration, or if it is possible to restore dad's planes to at least look like they did when I was a child. I can still hear the screaming and the smell of the engines when he started them up. Any advice or pointers in this restoration would be highly appreciated. Thank you.
JohnB - 08/07/2019
A model that old stored in a Louisiana attic needs to have the paper stripped from the open bays of stab and wing. Leave the old finish as a base. Since these models were built in the 1960s the glue was likely Ambroid. I suggest where it is webbed at joints, poke the web to expose the joints and use modern CA liquid adhesives on all joints. It will readily be absorbed into the old dry balsa greatly strenghtening it. I still use the old silkspan and dope I learned in 1955 but there are many newer coverings now. Practice on one of the noblers and you will be an expert when you get to the Chizler. Good luck.
ed - 08/07/2019
Add a comment