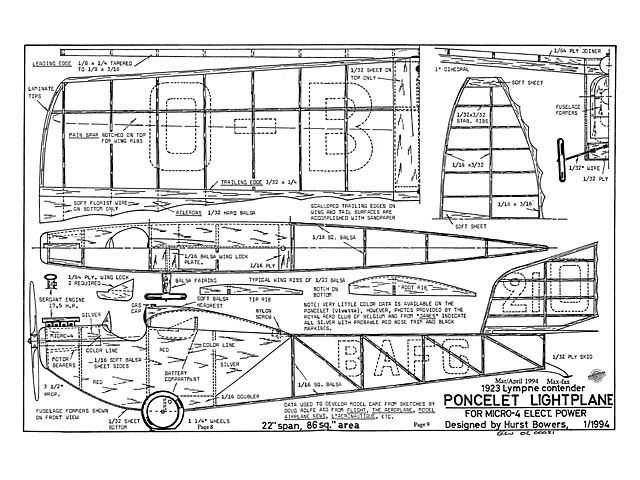 For many years I have been fascinated by a modest little Belgian Light plane of the early 1920s, which was flown both as a successful glider, and with a 17 horsepower engine as well. It competed in the European meet at Vauville, France, both as a glider and light plane. It later competed in the 1923 British competitions at Lympne. Unfortunately, data and information on the Poncelet has been quite elusive, and accurate three views unobtainable.

Douglas Rolfe did several sketches which appeared in both AIR PROGRESS and MODEL AIRPLANE NEWS (Oct 1960), and from time to time a sketch would appear in L'AERONAUTIQUE, FLIGHT, and THE AEROPLANE. JANE'S ALL THE WORLD'S AIRCRAFT during the 1920s carried a short article on Poncelet, with three very small flight pictures of the 'Vivette' at Lympne, and specifications of the aircraft. I used these data for developing my electric (hi-Line Micro-4) model.

To digress a moment, Donald E Mower did a model design of the Vivette which was published by MODEL AIRPLANE NEWS in April 1964. It was a delightful little .020 Cox engine powered subject which made you want to start cutting wood, which I did, but for a 42 inch wingspan radio control version. It was entirely successful and still in flying condition. I noticed that in developing his plan, Don used data from the same sources that I had.

My enthusiasm was rekindled by the indoor electric scale DC Maxecuter events, and a Lympne for our summer contest in September. My plans are the most accurate currently available, and they are simple. Why not have a go at Lympne with 'Vivette'?" 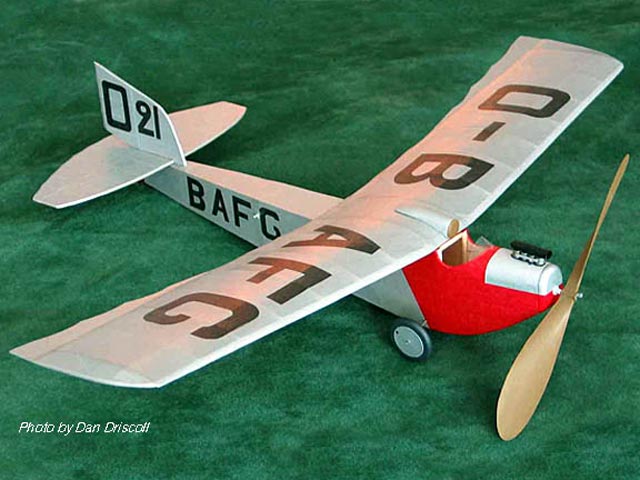