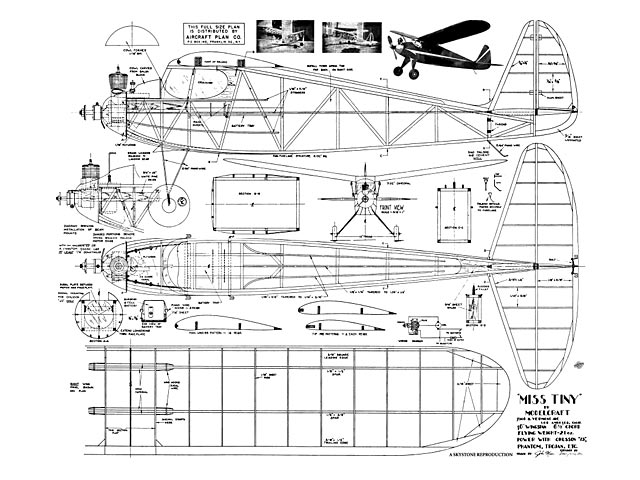 Quote: "MISS TINY This splendid model was designed late in 1938 to use the so-called small bore engines like Trojan, Phantom and Ohlsson 23. It was a reduced size version of Modelcraft's 66 inch span Pacific Ace (oz6825) but with parallel chord wings and soon began to make an impression in the limited engine run competitions that had replaced the fuel allotment rules.

Miss Tiny has always been a special favourite of mine, its sheer beauty of line marks it as the best proportioned of all the 1939/1940 period gas models shown in the magazines of the time. The aluminium nose cowling, multi-stringered forward fuselage, turtle back and realistic cabin arrangement were responsible for the oft made claim that this is a 'real airplane in miniature'. Despite having everything going for it, I never cease to be amazed at the low numbers of this model that appear to be built by present day vintage enthusiasts..." 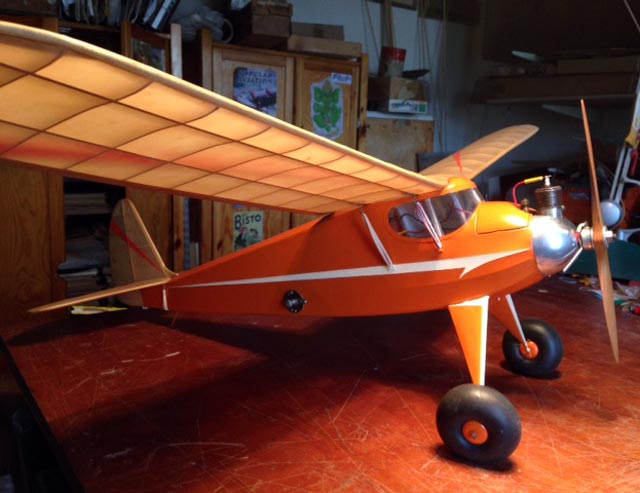 Hi there, Thought you may like the pictures of my recently restored Miss Tiny for your wonderful web site. I painted it up just like my father's model, Alex Imrie and that's his article with a picture of him and his model [main pic, 003]. Best wishes
AlisdairImrie - 26/05/2016
Add a comment