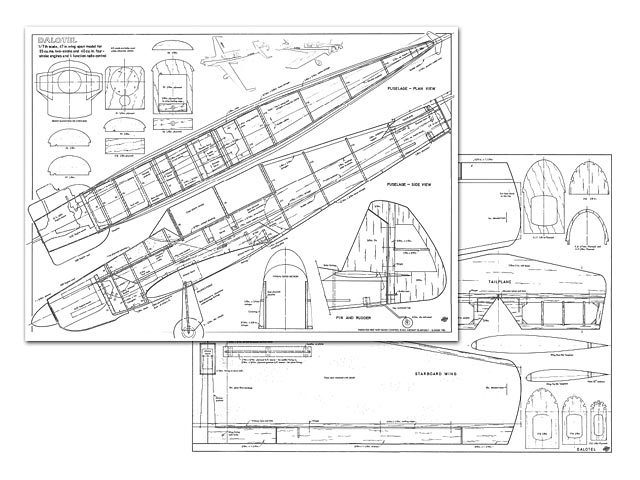 Known generally as the 'Dalotel' the DM-165 Viking is the first and, to date, the only design by M Michel Dalotel. Designed as a fully acrobatic machine, the tandem two seat aircraft features retracting undercarriage and wing spoilers, but no flaps. First flown in the late 1960's the aeroplane was compared favourably with contemporary Zlin aerobatic designs but never achieved major international honours. The one and only example now languishes in a rather sorry state in the south of England, and it seems doubtful whether it will be restored to a flying condition.

Ideally proportioned for scale and acrobatic radio controlled replicas the Dalotel DM 165 has already achieved international success in the guise of Hanno Prettner's semi-scale version and Chris Foss's Class 1 scale model which he will be flying in the forthcoming World R/C Scale Championships.

Our smaller design presented here fully lived up to our expectations with good ground handling, excellent acrobatic potential and attractive appearance in the air. With vice free flying characteristics (built accurately and reasonably lightly) it makes a good choice for the sports modeller loking for an aerobatic scale model.

Too often the construction notes accompanying a scale design tend to be rather lengthy and involved, leaving too little space for photographs. Not so with the Dalotel, it is easy to describe and certainly not difficult to build, a good project for a reasonably experienced sports modeller to undertake for his first scale model. Before commencing construction check the positions on the drawing of the engine, engine mount, fuel tank and R/C equipment, making any adjustments to the formers that may be needed. GRP engine cowlings are available from the MAP Plans Service, or you can carve your own plug to the outlines and sections shown.

Wings. I haven't shown a built up wing structure as, with the symmetrical wing section and the incorporation of wash-out, it is much simpler to utilise veneered foam wing panels. If you are producing your own wing panels, note that the foam blank extends to the edge of the tip and that the root should be angle to allow for dihedral... " 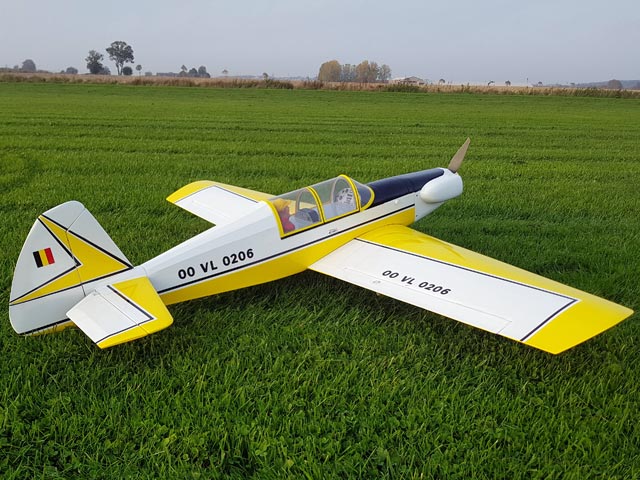