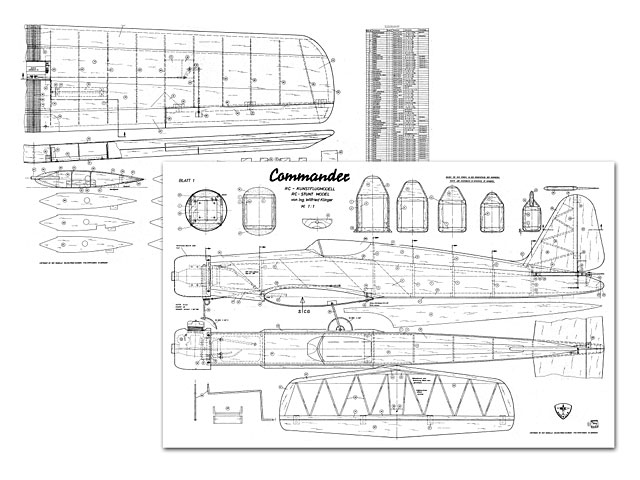 Quote: "Hello Steve and Mary, herewith I send you the plan for the 'Commander', a RC-1 pattern plane from the 70s, designed and boxed by WIK Wilfried Klinger. You're already hosting the later version Commander II (oz4957), the one attached is the first Mk. It's mostly a bit shorter then the later versions, designed for a fixed undercarriage and without any plastic parts. I bought this kit as NOS in 1987 or so, built it during the early 90s, then let it rest another 20 years 'till last summer when I finally maidened it behind a screaming VECO 61 (at my 100% LiPo based flying site - another story ;) ). Here are two plan sheets, the building instructions (4 pages, German), some pix of the box and a scan of the original decals. Later this year I will hopefully take some snapshots of the plane itself and then send these, too. Best regards, Hubert" 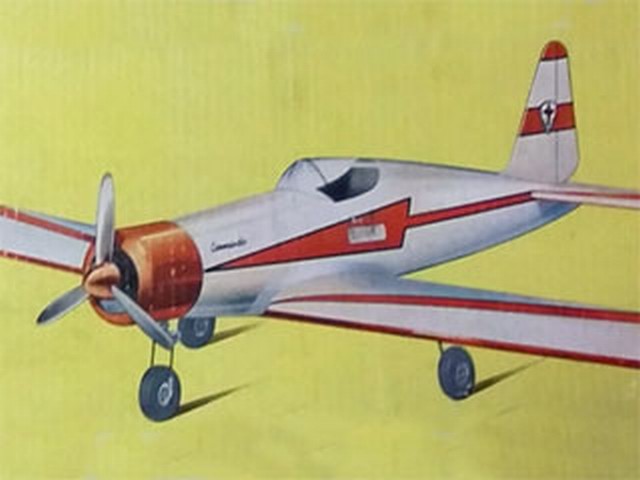