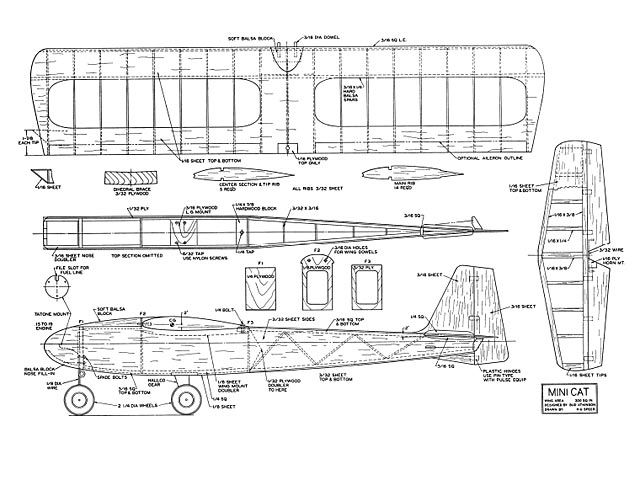 Mini Cat. Radio control sport model. This is a smaller version of the successful Aristo-Cat, with 300 sq in wing area.

Quote: "The objectives for the Mini Cat were the same as those for the Aristo-Cat - basically simple to build, rugged, and above all, a ship that flies well. The Mini is this, and more. Made small to handle the pulse system, it is still large enough to take full-house propo gear. The Mini Cat takes a 15 to 20 engine, using a Tatone or Midwest T mount. Tests were made with a Webra 20. The ship could be called a 'scat cat!' The Webra really wheels it around! A 15 is milder and would be better for the novice. The roll rate with rudder is something to see! Just as with the big Cat, consecutive rolls appear like aileron rolls on most ships. For a full house set-up, aileron outlines are shown. They may be added easily after the wing has been flown as a rudder ship..." attached is Bud Atkinson's Mini Cat from American Air Modeler Magazine issue 09-70. 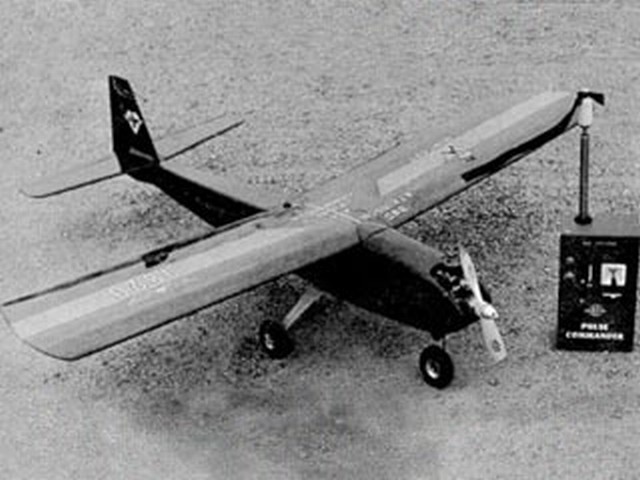 I remember as a young child seeing this craft in Radio Controlled Sport Modeler. I always wished I had built it. I loved the 1/2A and 0.15 sized aircraft back then. Eventually I built all shapes and size of aircraft both from kits and scratch. I'm so happy you have the Mini Kat. I'll be building it soon. Also, I want to say thank you for preserving these old plans. It's getting harder to find them and I would hate to see them lost for ever.
RMorgan - 14/11/2017
Add a comment