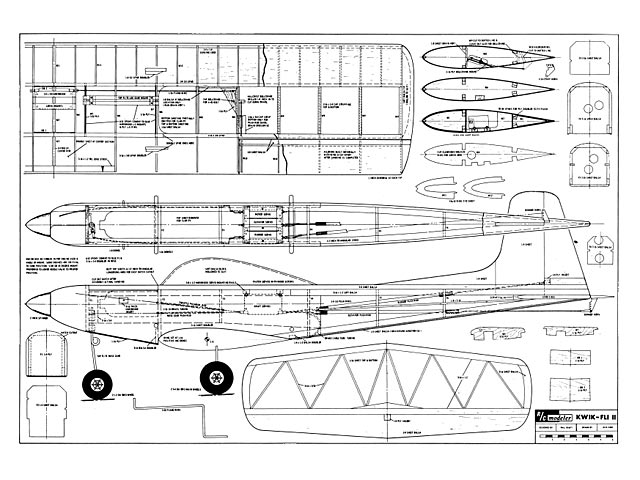 The Kwik-Fly II, although basically the same design as the original Kwik-Fli (oz6526) which appeared in the October 1964 issue of R/C Modeler, was reduced in size to approximately 640 square inches of area in order to allow the ship to fly the contest pattern with the smaller engines, such as the Veco .45. To date, the Kwik-Fli II has won or placed in the top three positions in every contest in which it has been entered, including a recent victory at the Southwestern Regionals. Although it is no faster than its larger predecessor, it is a far better contest machine, and shows its true colors in gusty or windy weather.

Construction of the Kwik-Fli II is quite simple and very little time is required to complete it. Since the construction is very similar to the original version, no construction details will be given - simply refer to the October issue in which the original design appeared. One item of interest - this ship, although designed for the smaller mills, has been flown with a Lee .51, Super Tigre .60, and Merco .61. Any of these engines will more than do the job.

Article page, text (very short) and pics, thanks to RFJ. 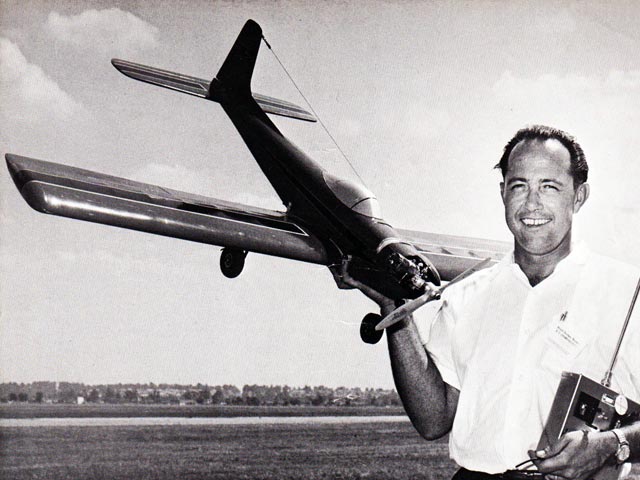