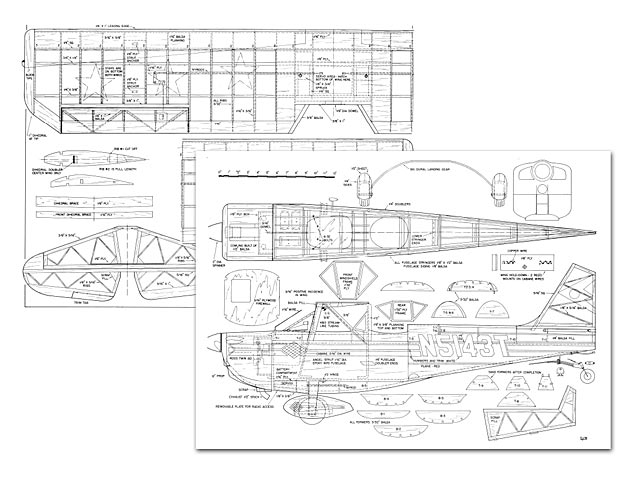 Quote: "A Parasol Winged 'Citabria Pro'. How about a very modern two hole open cockpit aerobatic parasol? It's Stand-Off R/C for a Ross Twin .60 and is tough and contest proven! By Bob Godfrey.

It all started on a Monday, in April, 1972. When I arrived at work Phil Stone, my Parts Manager, had the November 1968, issue of Air Progress opened to the center fold. She really was a beauty, a red and white parasol wing with a single cockpit that they had named the 'Pro.' Phil knew my weakness was the Citabria, and he was right, it was love at first sight. I knew then and there I was going to build this plane and since the magazine said production would begin in a few months I figured there would be no problem in finding a prototype.

After I had searched without success for a 'Pro,' I wrote to the factory for information, and learned that this was the only one Champion Aircraft had manufactured and it had been hand built. The Corporation sold out to Bellanca Aircraft shortly after the experimental plane had been built and they decided against full production. In March 1971, the aircraft factory burnt to the ground and any specifications on file were destroyed. The plane was on tour at airplane shows at the time of the fire and later Bellanca donated the Pro to the EAA.

Mr Chomo, with the EAA Museum at Hales Corners, Wisc, confirmed that they would have no objections to my coming to the Museum to photograph and measure the aircraft, so Jack Sheeks and climbed into the old Mooney and flew up to Hales Corners, only to find the plane was hangared at the Burlington, Wiscon-sin airport. Off we went again to Burling-ton, which is about 30 miles south of the museum. When we landed at the Burlington field, we taxied up to the large EAA hangar and one of their staff opened it up for us. There she was, over in a corner, even prettier than the picture in the magazine. We spent about two hours measuring and Jack took pictures from every angle possible. Since he has taken many, many airplane pictures, I felt he was the best qualified with a camera. When we had all the information we needed and had taken off for home, I knew I had a big job ahead of me. I had never attempted to build a plane before that was not in a kit already.

The first 'Pro' was built to 1/5 scale and after the first few flights I decided it was too large. I refigured and built another at 2 in to 1 ft, and after the first flight I knew I had the right combination: Plane, engine and radio. It flew great. One thing I had not done was build a symmetrical wing as on the prototype.

The third Pro was constructed strictly 'scale' and when I flew it the first few flights I knew the flat bottom wing was the best. The Ross twin .60 gave me plenty of power, but in a loop or Immelman turn it had a tendency to stall out on top. With the flat bottom wing it does everything you want it to and more, so when you build the Pro keep this in mind. The weight with all the goodies came out at 7-3/4 lb. The .60 fits in the cowl perfectly and the radio is easy to hide, so you have plenty of room for your cockpit detail.

The Fuselage. I built the fuselage first, gluing 1/4 in square to the 1/8 in sides and after drying I sanded a taper at the rear 1/4 square. I then glued the two sides together at the rear and spaced the front with 1/4 in cross pieces. Next I put in my formers, preceded by the stringers. I then glued the cabane struts in position on the 1/8 sides. These were sandwiched with 1/4 in planking from the front of the fuselage to the back of the rear cockpit..." 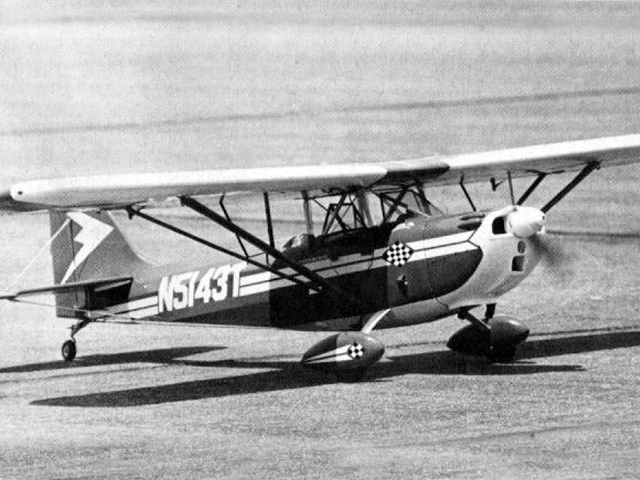