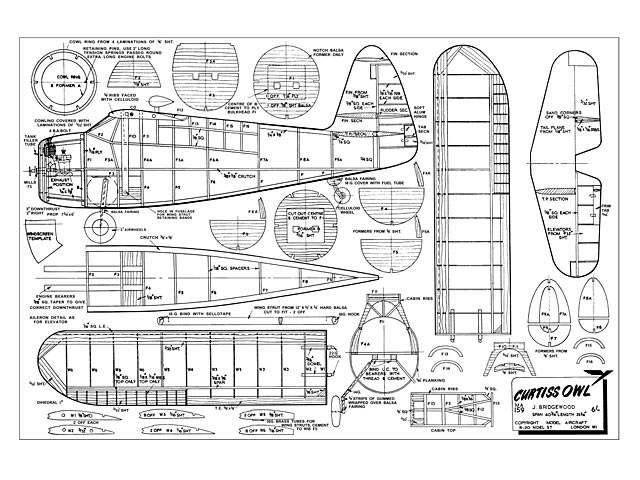 Quote: "This is the writer’s second model of a US. Army observation monoplane, and it was originally designed around the ED Bee. The scale is one inch to a foot and the completed model weigh 14 ozs. After only two hand-launch tests, it 'flew straight off the drawing board' requiring only a small amount of weight on the tail. After sixteen flights the writer decided to install a Mills 0.75 and remove the tail weight.

This still gives ample power, and forty-six flights have been made to date. The first of seven flights made during the Daily Dispatch Rally gained second place in the EJ Riding Memorial Trophy scale event.

Commence by carving the fin and tailplane from 3/8 in sheet as these are fixed permanently before completing the fuselage planking. There are two reasons for the sheet fin and tailplane - to give the true scale metal covered finish, and also to put a little extra weight at the tail, which all high wing monoplanes seem to require.

Fuselage. After building the crutch, fill in between F-3 and F-4 with 1/8 sheet, then cement engine bearers in position. and add the bottom half formers F-3 to F-9. Make certain that the crutch is securely pinned down before the 1/4 X 1/8 strip is attached. Fix two planking strips, one on either side, to ensure the lower half of fuselage is kept true when it is lifted from the plan. 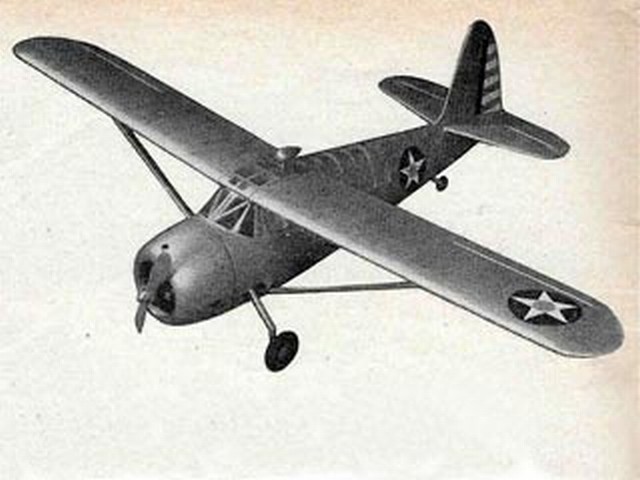