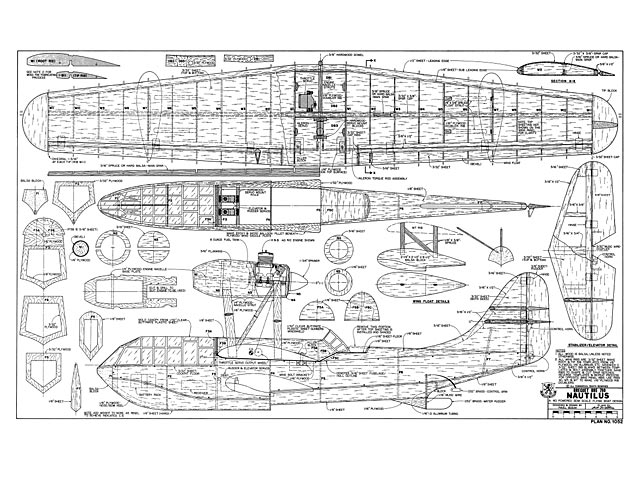 Quote: "For some great water flying, try this Stand-Off Scale model of a late thirties French navel reconnaissance flying boat. It will create a lot of attention for you. Breguet Nautilus, by Pavel Bosak.

In 1937 the French Ministry of Aeronautics ordered a new navel reconnaissance aircraft to be used for coastal patrolling duties. The Breguet factory was commissioned to design this aircraft. Their proposed design was designated as the Breguet Bre 790 Nautilus. It was an all metal structure, high wing, flying boat, with wing and elevator surfaces being fabric covered. The entire trailing edge surfaces of the wing were utilized for the flaps and ailerons. Each wing was equipped with an outrigger support float.

The Nautilus was designed to accommodate a three man crew, with the pilot and observer housed in a spacious, glassed canopy enclosure that afforded excellent visibility. The third crew member, a gunner, was positioned in an open cockpit just aft of the pylon mounted pusher engine. The rear facing gunner was armed with a Darne 7.5 mm machine gun. A Hispano Suiza engine of 720 hp was mounted in the engine nacelle pod; directly above the wing. Two prototypes were built during 1939 and 1940, which were used for test flight purposes only. Unfortunately, the results of those test flights and the fate of the two prototypes has been lost with the passage of time.

Construction. The construction of this, as well as any other plan built model, can be made 'kit like' by fabricating all of the formers, ribs, fuselage sides, bulkheads, etc, prior to actually starting the assembly process.

Construction of the model seems to proceed more rapidly by this method and is more enjoyable. The Nautilus builder will note that the wing ribs are fabricated via the template sandwich method. The centermost rib (W1) and the tip rib (W11) templates are cut out of scrap plastic laminate, 1/16 aluminum, 1/8 plywood, etc., and drilled for bolting together.

Once these templates are made, eleven pieces of 3/32 sheet balsa are sandwiched between the two templates and the entire assembly is bolted together. The rib blanks are then cut and sanded to shape. This interpolation method of cutting out the wing ribs eliminates the tedious task of hand cutting each individual rib. The templates are reversed and eleven more sheet balsa rib blanks are inserted between them to fabricate the wing ribs for the opposite wing panel. Wing ribs number Wi, W5, and W7 also require a 1/16 plywood reinforcing doubler rib. Use the fabricated balsa wing ribs as templates for cutting out these plywood doubler ribs.

Start planking the fuselage from the nose (or bow) back to the hull step, and then from the step to the water rudder location. Glue the F6A block in place and then plank the remainder of the fuselage. Install the water rudder assembly, servo rails, servos, and control pushrods before planking the top portions of the fuselage. Be sure that all of these control functions are operating smoothly before installing the top planking because they will become inaccessible at that point..." 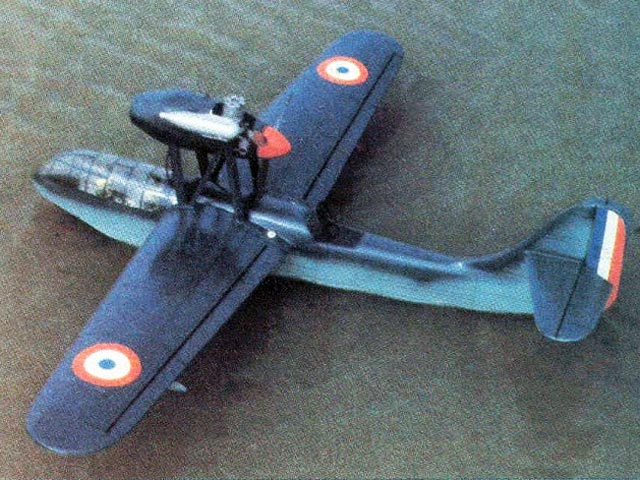