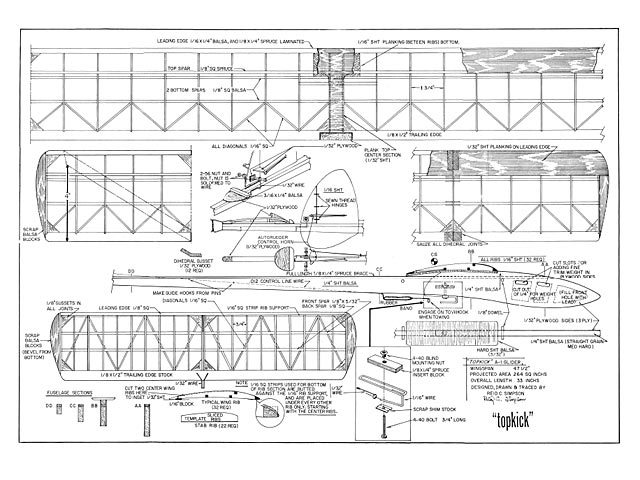 Quote: "The Topkick has been a consistent winner in Air Force meets for the last three years as well as at numerous other meets and it has done exactly what it was designed to do: good consistent performance, stability in all types of air, and durability. It is easy to build, trim and repair. It had to be a plane that could stand up three or four contests a week in as many as three or four different locations. Flying ten to fifteen events in each contest, as you must in Air Force competition, leaves little time to trim or repair.
The Topkick was designed in the spring of 1958 and won first place at its first contest: the Texas Eagles West Texas Championships in Lubbock. After three more contests, the construction was modified when watching the wings fold in windy Texas weather! Since then a spruce leading edge and top spar plus a sheeted leading edge have been added. Start construction with wing and stab so that they can set and cure while the fuselage is being built. Wing: Select good straight spruce for leading edge and top spar, laminating a piece of..." 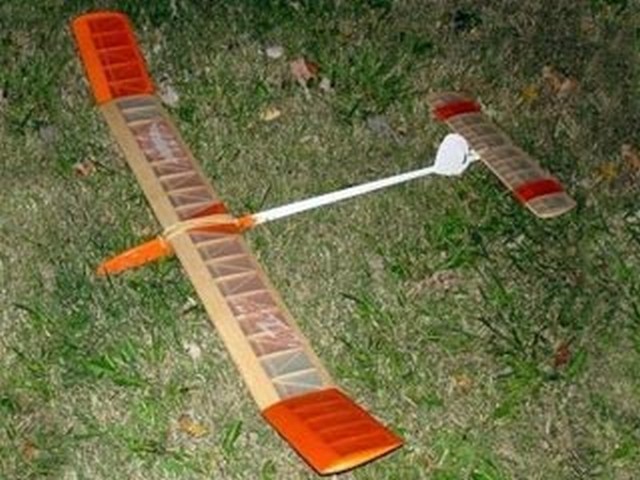 i built this in junior high school. it flew great! now that i have a plan i might build another! it had a nice flat glide.
Anon - 29/01/2016
Add a comment