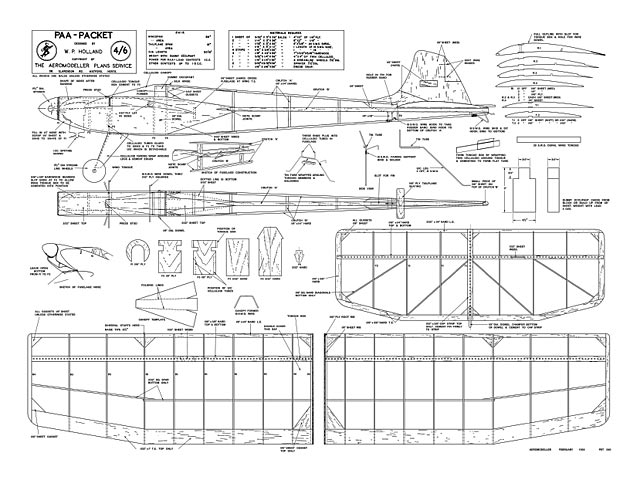 Quote: "Most modellers prefer a quick form of construction, and the PAA-Packet is no exception to the 'quickie' tradition, it follows the layout of some successful 1-1/2cc FAI models previously built, with the same airfoil section (one devloped in the Apsley Club's wind tunnel) Theory was proved when the completed airframe came out at 4.15 oz, making 7 oz with the engine, and 11 oz loaded. A veteran ED Bee was used for the qualifying flight, and although it could only manage about 5,000 rpm gave a still air flight of 1 min 40 on a 15 second run, having a very tight left spiral climb..."

Update 04/04/2017: Replaced this plan with a clearer copy (patterned background removed) thanks to TonyP.

Quote: "I spotted the note about the RCGroups build-off starting in April. I have no idea what that is but I had a quick browse through some of the plans and spotted one needing cleaning, PAA Packet ID 7371. As it could be needed urgently I downloaded it and cleaned it on an 'emergency' basis and have attached it together with its cleaned article. Tony" 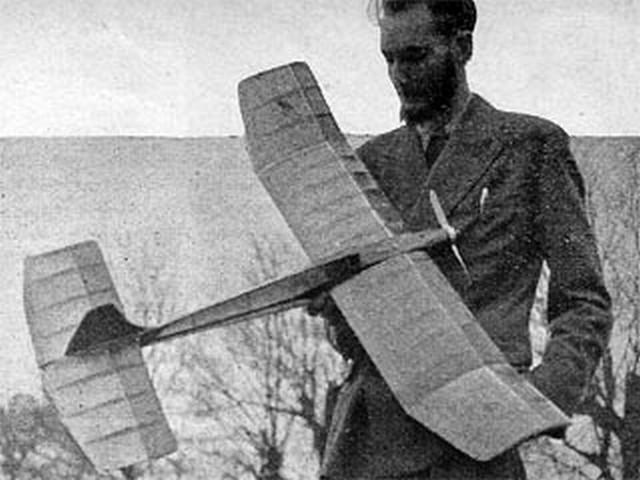 Nice one, Tony. Someone really should build this one, now. Funnily, I always see this as a twin, from the side view. Would look good that way, too.
SteveWMD - 04/04/2017
Add a comment