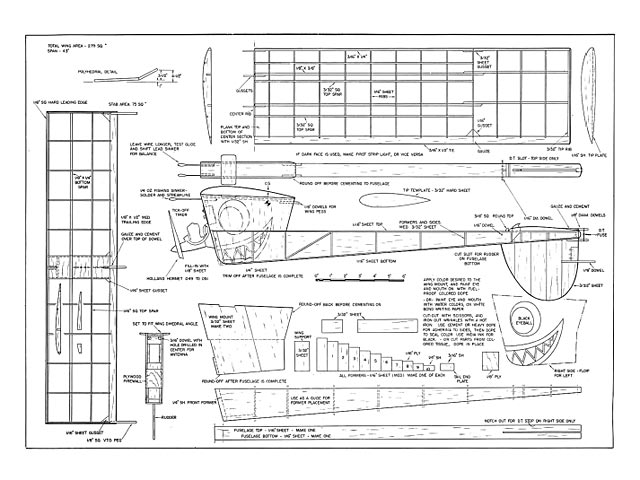 The first version of 'Buz-Bug' was designed back in 1955. Since that time it has gone through a few alterations in order to meet up-to-date rules, hot power, and the desire for simple construction.

From the first one built, the performance was fairly good, although the design had its weak points. Actually, we considered Buz-Bug more of a novelty than a contest model. Leaving that thought in mind for about four years, we never got around to working out the final bugs. That was the story until 1959.

At the Tri-State Championships at Longview, Texas, our number one 1/2A ship smeared on a test flight. For the need of a plane to fly in this class, Buz-Bug was chosen. It won first place, with three max's.

This was what made us take the second look at the Bug. Its major weak points seemed to be in its construction. On more than one occasion the wing had folded in midair, and the fuselage also needed a little beefing-up. After correcting these faults and adding a little wing area, the flaws were gone, and - a new Buz-Bug was born.

It is very simple to build. For contests or just for kicks, I hope that you will find time to build one and put it where all insects belong, some where in the sky, with a buzzard chasing it. If you've been peeling glue off your thumb for the last thirty years, then build it your way, but for the beginner - here's a few suggestions for construction. A complete list of materials needed for building Buz-Bug, is at the end of this article.

Wing: Use medium contest balsa. First cut out all the wing ribs. Following the plans, pin down the leading and trailing edges, and the lower spars. Now set the wing ribs in place and cement. Finish this stage of the wing by installing the top spars, then allow it to dry.

Fuselage: First cut to the correct lengths, and butt-cement enough 3/32 sheet balsa to make the wing mount sides and the rudder. While these are drying, cut out the fuselage sides, formers, top and bottom. Use a medium soft 3/32 sheet for the sides and a medium 1/16 sheet for the top and bottom. Pin down one side of the fuselage on the plans. Making sure that the front and rear formers are perpendicular to this side...." 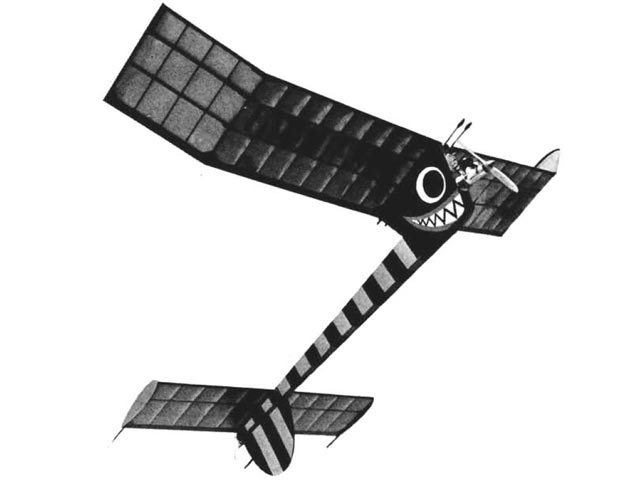