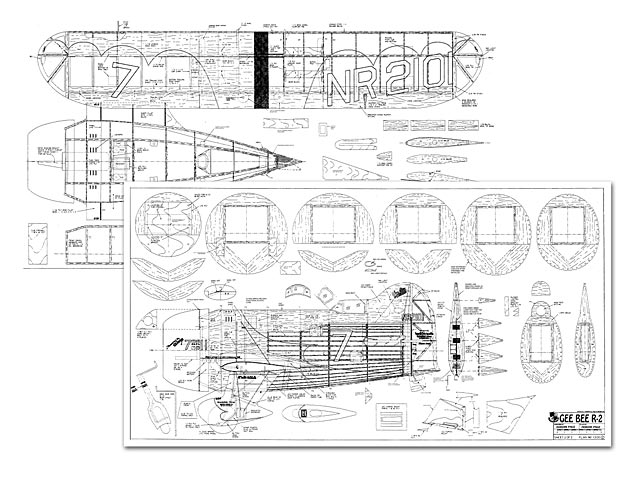 The Gee Bee R1 and R2 are probably the most famous of all the Golden Age racers. Most of the notoriety comes from the unusually large diameter fuselages, and the terrible bad luck of the people involved in them. They were the fastest land planes on the planet at the time. Even the military couldn't pass the R series Gee Bees.

I have been gathering information on these remarkable little planes for the past 15 years. Most people seem to think that the planes were built in a dance hall by a bunch of farm boys, with no aeronautical engineering employed in their design. In fact, the Granville Brothers Aircraft Company had a staff of professional aircraft engineers. Most people are surprised to learn that the Granvilles designed all manner of planes, from a biplane on floats to a canard called the Ascender (think about it).

The R series airplanes were wind tunnel tested at the University of New York. They underwent full structural analysis. I read somewhere that the R1 and R2 were stressed for 10 G's.

Zantford Granville was the genius behind these amazing designs. Imagine the courage of this guy. Everyone was surely telling him - it will never fly. He just pressed on, ignoring the 'experts', and made history! Tragically, Zantford Granville was killed in 1934 at the age of 32. I often wonder what other innovations this brilliant young man would have come up with had he lived a normal life span.

During my information gathering, I found a number of old magazines with construction articles of the Gee Bee R1 or R2. They were all successful fliers, but were all plagued with the same problem - too much weight. One such model (1/5 scale) weighed 9 pounds but reportedly flew very well. Imagine what an improvement the loss of 3 pounds would make to its flight characteristics!

I managed to come up with a 1/5 scale R2 that weighs only 6-1/4 pounds. No concessions were made to fuselage diameter or wing area - it's an accurate scale outline. I took advantage of the engineering adage: Put as much of the structure as far from the neutral axis as possible. I think it's safe to say that no aircraft has its skin further from the neutral axis (for its length) than the Gee Bee R2. This makes the fat fuselage an advantage in building a lightweight, but very strong plane.

Strong and light are all well and good, but does it fly? Very well indeed! This plane is incredibly neutral. You put it in a banked turn, it stays in a banked turn. Hands-off knife-edge requires that you roll the plane on its side and feed in a bit of rudder. That's it - no roll coupling, no pitch coupling. (That took a lot of test/adjust flights.) This airplane is very stable in pitch. Most people seem to think it will be hard to handle because it is 'short coupled.' It has a much longer tail moment than any flying wing! However, I will warn you that if you don't set the plane up correctly, you will have very white knuckles by the end of your first flight. (Ask me how I know.) But, if you balance the plane where shown and use the recommended control throws, you will have a very pleasant flying airplane.

I used a non-scale airfoil, a non-scale aileron shape, and the dihedral was increased half a degree. I also incorporated a generous amount of washout. The rest of the design work was carried out 70 years ago, overseen by that genius I mentioned earlier, when people were driving things like Model A Fords.

Construction. I use only thin and medium CA when building my models. l don't like to wait for epoxy to cure, plus I can't stand the smell of the stuff. All the balsa used in the prototype was medium weight... " 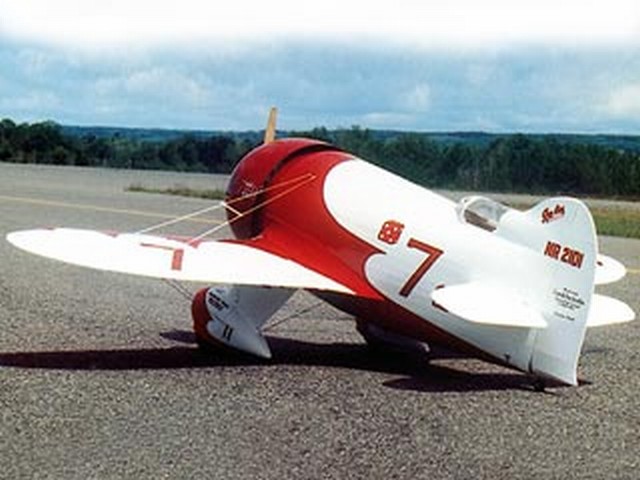