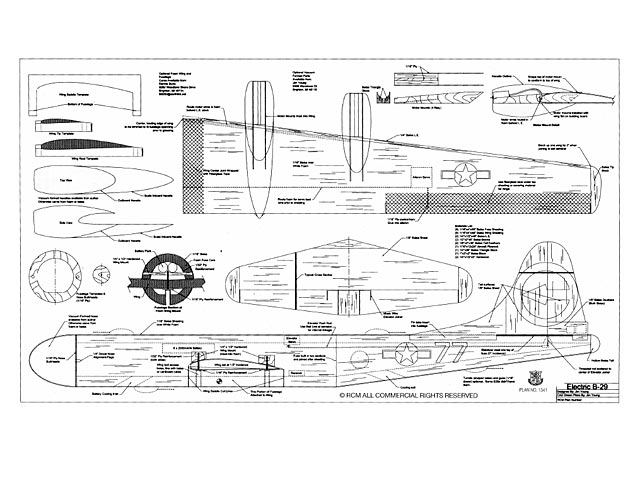 Quote: "The reliability of electric power lends itself to multi-engine aircraft. You don't have the trouble of synchronizing multiple engines and worrying about flame-outs. So if you don't have these problems, why stop at just two motors? The four engine Boeing B-29 is a perfect subject.

The Boeing B-29 had many new features for its time, including remote controlled guns and press-urized crew areas. It was the heaviest production plane of its time due to its ambitious range and payload requirements. Boeing, Bell, and Martin built over 3500 B-29's before production ended in 1946. The former Soviet Union used three captured B-29's to jump start their long range bomber program and produced a rivet for rivet copy of the B-29, the Tupolev Tu-4.

B-29s saw action in World War II primarily in the Pacific theater. As many as 1,000 Superfortresses bombed Tokyo at one time. The most famous B-29, The Enola Gay, dropped the first atomic bomb on Hiroshima, Japan on Aug 6th 1945. B-29's saw service beyond the war including aiding the quest to break the sound barrier.

The Model: Construction of the Electric B-29 is greatly simplified by the use of foam core wings and fuselage, and to keep it simple, the landing gear has been omitted in favor of belly landings. For power, a relatively low cost power system using Speed 400 motors keeps this project in reach of most modeler's budgets. So, if you love the sound of four motors beating as one, let's get started.

Construction. Tail Feathers: The tail feathers are built from 1/8 balsa sheet. Edge glue several pieces of sheet together and cut and sand the fin to shape using the plans as a guide. Add the 1/8 balsa doublers to form the tail gunner turret. The prototype flies fine without a rudder, but feel free to add one if you like...." 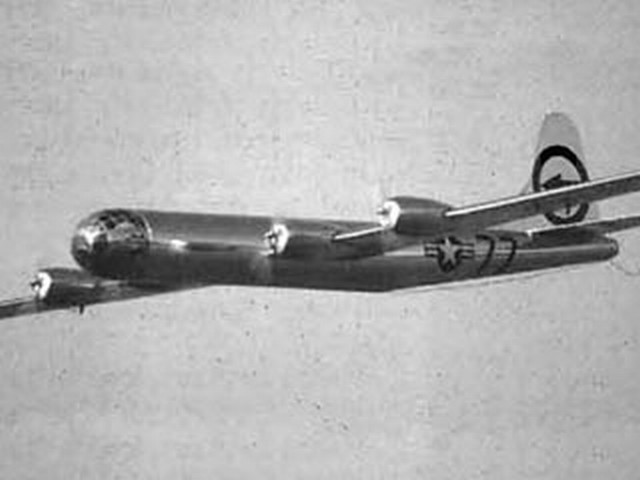