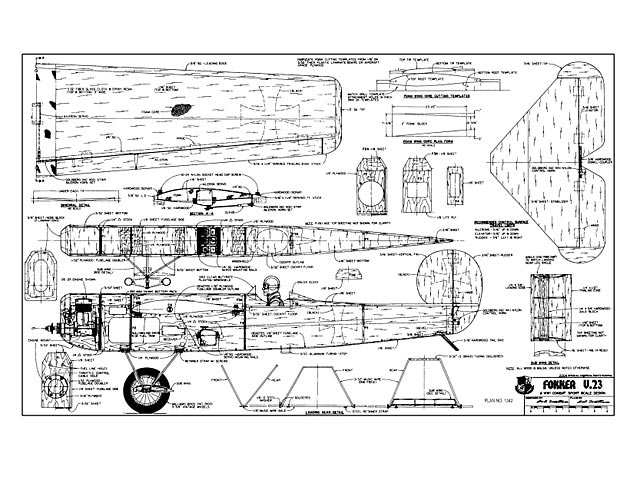 WWI R/C scale combat has become quite popular, and one of the strongest areas of interest is in New England. This event was originally conceived by noted WWI scale builder Dave Johnson, who drafted a simple set of basic rules for this event that work very well; especially for club, local, and regional type competitions.

Dave, who is nationally known and respected for his finely crafted giant scale WWI designs, would on occasion engage in simulated air combat battles with other giant scale WWI enthusiasts. However, the time and expense involved in creating these beautifully crafted and detailed models, mandated that such activities be conducted in a rather mild, non-aggressive manner.

With 1/12 scale WWII R/C combat already a very popular event on a national level, Dave's idea was to draft a simple set of rules for use with WWI type aircraft of a similar size, that would be inexpensive, and easy to build and fly. There is no fixed or specified aircraft scale reduction for this event. However, all aircraft must be easily recognizable replicas of the full scale original. Obviously, these rules are intended for use on a local or club level. Should this event grow in popularity, so that participation is on a national basis, a more definitive set of rules would have to be drafted. However, for club, local, or even regional use, Dave's set of rules work fine. Those rules are as shown in the chart on page 102.

With such a wide variety of well known WWI fighter type aircraft to select from for use in this event, you might be wondering why my choice was the Fokker V.23. It's an obscure design, of which only one prototype was ever built, and an aircraft that only serious or dedicated WWI aviation buffs would be aware of. While I did, in fact, first consider the more famous WWI fighter types, I rapidly narrowed my aircraft type search to those aircraft that I thought would produce the best in flight performance for use in R/C combat.

Past experience in competitive WWII scale R/C combat had clearly shown that the type of full scale aircraft selected to be modeled was a very important consideration if one hoped to do well in that event. Most often, the use of one of the more popular or well-known WWII aircraft types, was not the best choice if maximum in-flight performance was the goal.

Why wouldn't the same hold true for WWI aircraft types? Any full scale fighter type, that permits the scaled down model to be constructed so that it maintains proportional scale fidelity, along with low wing loading and clean aerodynamics, will always offer a distinct in-flight performance advantage in competitive R/C combat activities! With that thought in mind, my aircraft type search quickly focused on monoplanes, preferably those equipped with an inline engine, possessing clean aerodynamics, and with generous amounts of wing area.

Using that criteria, the Fokker V.23 appeared to have all of those qualities. Another consideration that made the Fokker V.23 even more appealing for use in R/C combat, was the fact that being a monoplane, it would be simpler and quicker to build than any of the multi wing types.

The Fokker V.23 was, in fact, not even a Fokker design! It was designed and built entirely by Pfalz, a more obscure producer of German fighter aircraft during WWI, who produced many aircraft under license, in addition to their own designs. The Fokker designation, rather than Pfalz, was most likely due to the aircraft being designed and built as a part of the on-going effort to improve upon the famous Fokker D-VIII 'Flying Razor' design.

Pfalz was a strong proponent of cantilever wing monoplane designs, that were unencumbered with struts or guy wires, and the V.23 reflected this advanced design concept.

The V.23 was a mid-wing monoplane, that was powered with a 160 hp. Mercedes D.IIIa inline engine. Its fuselage and tail surfaces were almost identical to those of the Fokker D-VIII, except that the fuselage nose mount was extended to accommodate the larger liquid cooled, six cylinder inline Mercedes engine. The V.23 was entered into fighter trials at Adlershof, but was rejected, with the main criticism expressed, being that the pilot's downward vision was severely limited by the expanse of the wings. The V23 was. however, preserved by Fokker, and taken to Amsterdam.

It was eventually donated to the German Air Museum in Berlin, and was apparently destroyed during WWII allied bombing raids. As might be expected. with the Fokker V.23 being an almost unknown prototype design, scale documentation is limited. Small three views and some photographs do exist in a few books pertaining to WWI aviation. The best Fokker V.23 line drawings that I was able to find are those available from: Martin Photos c/o M.P. Wilkinson, 10 Carlisle Close, Whitefield, Manchester, England M45 6TH.

Construction. As the Fokker V.23 is a fairly simple model to fabricate and assemble, these instructions will be basic, and not follow a regimented 'tab A into slot B on pan C' format. All materials and hardware necessary to produce the Fokker V.23 are commonly available items that can be found at any well-supplied hobby shop. As with any scratch-building project, I find it best to cut out all of the basic parts prior to starting the assembly process. These parts include the fuselage sides and doublers, bulkheads, and formers, sheet tail surfaces, wing leading edges and sub trailing edges, ailerons, and wingtip pieces..." 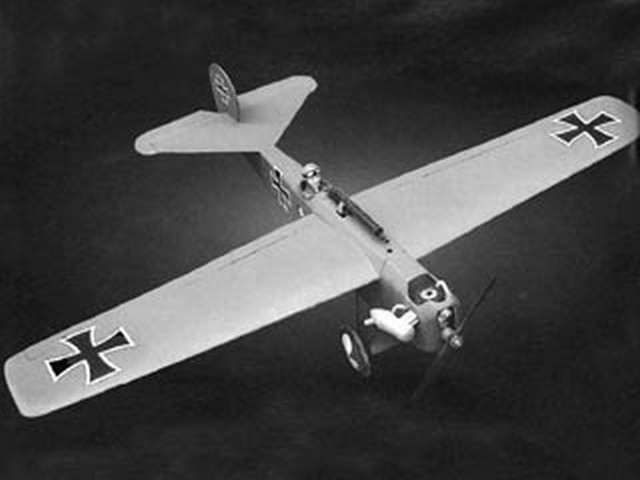 Hi Steve, I've built four planes from your plans. This is the Fokker V.23 [more pics 003]. You're providing a great service to us balsa builders with your many fine, free plans. Keep up the good work.
BobK - 03/10/2016
Add a comment