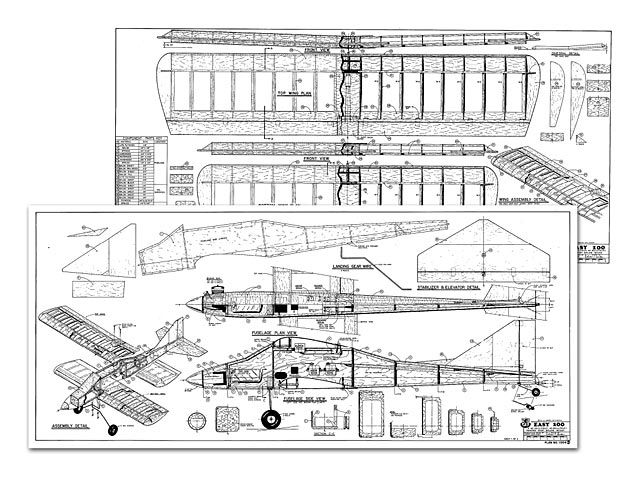 Quote: "The Easy 200 is a model for anyone who would like to have a biplane with good flying characteristics and simple construction.

I started tinkering with the idea of a biplane version of the Easy 100 (oz8534) (published in RCM July, 1988) after I was totally satisfied with all aspects of the high wing design. I wanted to have a pleasant looking model, with simple lines and easy construction. For this reason, I chose a cabin type arrangement. I just took the Easy 100 plan and, with a black pen, I drew a new fuselage shape. Basically, I raised the fuselage height just enough to get the necessary clearance between the two wings, without spoiling the looks. Subsequent flights showed no ill effects of two wings being relatively close together.

My original Easy 200 had ailerons on both wings. The second version has them on the top wing only. As can be expected, the four aileron version is faster in roll, but the two aileron version handles nicely, as well. It is up to you, which version you prefer. Despite being a bipc with thick wings, the model is surprisingly fast when flown wide-open. The landing speed is very slow. Gusts have little effect on the model.

With a clear conscience, I can recommend this airplane to any beginner to learn on, and to anyone else who might find this model a good plane to take to the field for enjoyable flying. 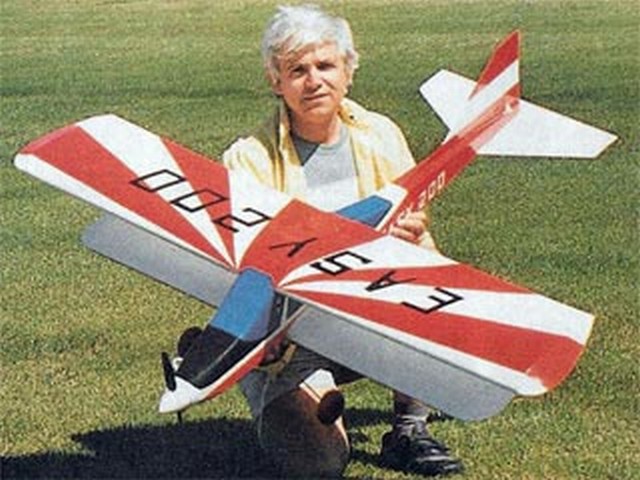