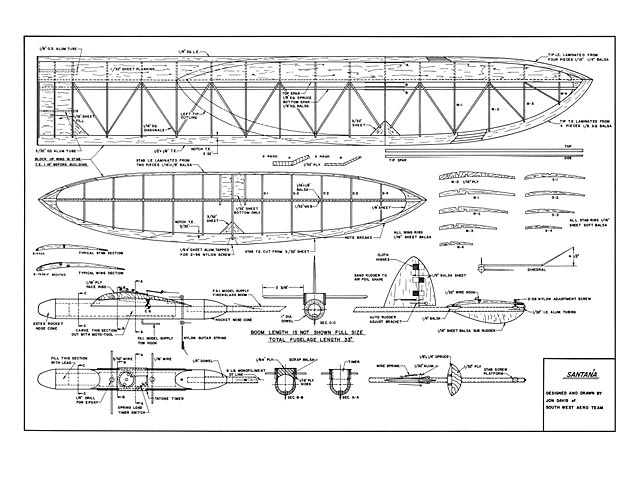 THE SANTANA EVOLVED originally from a Syncopator-design A-1 glider, which seemed to tow easily and yet still outglide the standard square-wing A-1. By changing a few dimensions and airfoils and by completely revamping the construction, I felt that a better all-around flying model could be achieved. The wing and stab airfoils are the same ones used on Maxine, an outstanding Wakefield designed by Jim Taylor.

Flying the smaller and more versatile A-1 is both fun and a rewarding experience. It also is good preparation for flying any A-2 glider. An A-1 is easier to build and, if it is lost or broken because of inexperience, the loss is not as great as with an A-2 glider.

The origianl Santana used a Tatone tinier for a dethermalizer, but a lighter model can be built by using a fuse in its place. A new fiberglass boom from FAI Model Supply is used to make a stronger and lighter fuselage.

Santana is meant for modelers with some towline-glider building experience. It must be built exactly as shown on the plans.

Laminate both tip leading and trailing edges from soft balsa, which is soaked in water for 15 minutes, then glued over wax paper with Titebond glue.

Cut all the notches in the TE to accommodate the ribs. Tack leading and trailing edges to the plans and block up the front of the trailing edge 1/16, tapering to nothing at the tip..." 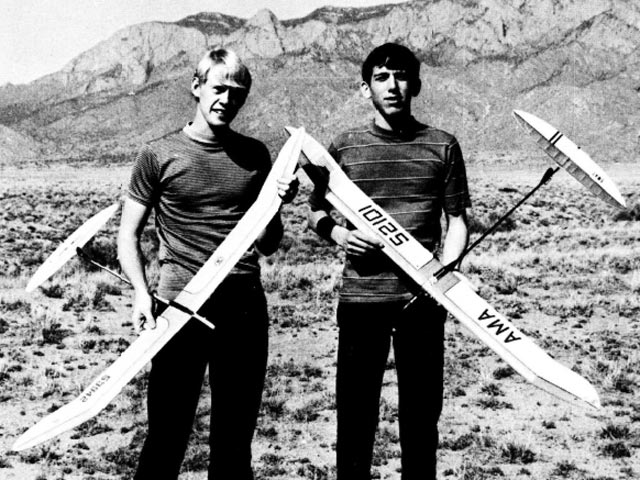