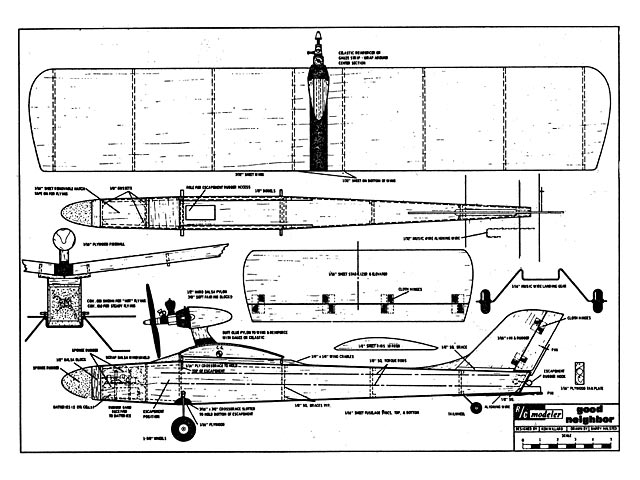 RECENTLY one of my neighbors asked if I would entertain a few of his guests with one of my radio controlled models. I had been flying a Schoolboy (oz1030) in my front yard on quiet evenings for some time, and the neigh-bors seemed to enjoy it, so this was not an unreasonable or unexpected request.

I fired up the .010, launched the model down the street, let it climb out over the houses, then did a few loops and rolls with it. The guests were properly entertained, and everything was going one, but just as the flight was about to end when I positioned the model to land it on the street - some inconsiderate guy on the citizenship band decided to call somebody. Naturally, since I have a super regen receiver, the Schoolboy responded by going ape. So, instead of landing in the street, the Schoolboy veered off, hit the neighbor's window a glancing blow and fell into the shrubbery. No damage was done - we wiped the window clean, and I was thankful it wasn't broken.

That started me thinking - if the model had impacted straight on instead of at an angle, I'd have a window to pay for and perhaps the neighbors wouldn't care to have any more demon-strations! Let's figure out a solution - a simple little job that wouldn't do any damage except under the most extreme circumstances. In other words, a 'Good Neighbor.' One that can be flown not only from a school yard but from an average residential street.

As it turned out, the design evolved as a cross between the Schoolboy (oz1030) and the Virus (oz5713) with one added feature - a shock absorber on the nose. It also turned out to be a very fine sport flier. Why dont you build one?

Fuselage. This is a standard box type construction, all straight lines for easy construction, the only unusual feature is that a sponge rubber - or styrofoam - chunk is used in place of a nose block. Glue a piece of the sponge, or styrofoam to the nose bulkhead, then trim it to shape with scissors or sanding block. Or, if you're not interested in the shock absorbing feature, use a balsa block. It's a matter of choice.

Wing. The wing is actually just a small version of the Virus wing - a single sheet, curved over the ribs. Use the construction technique as described for the Virus. I've repeated it here in case you don't have the January 1964 issue of RCM..." 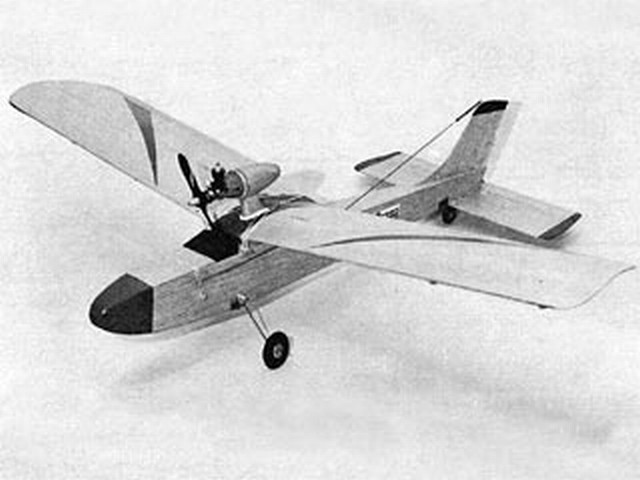