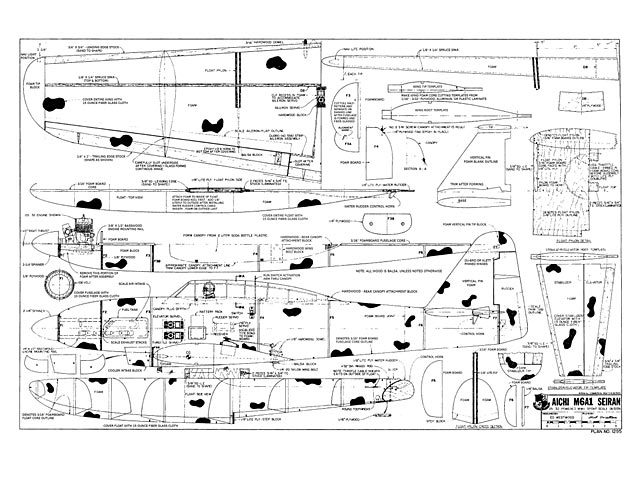 Quote: "One of the most bizarre strategic concepts of WWII was the use by the Japanese of submarine-launched aircraft against Oregon and, had it been successful, the Panama Canal. After the bombing of Oregon forests early in the war by submarine-launched seaplanes, their Navy developed even larger submarines capable of launching three seaplanes each and were dedicated totally to bombing the west coast of the United States and Panama.

This program proceeded to the operational phase and three 400 foot submarines equipped with three Aichi M6A1 Seirans each, and were on their way when the war ended. These subs were bigger than destroyers! The aircraft were folded up in 13 foot diameter hangars built into the submarines.

Each Seiran could be assembled and be ready for catapult launch in 6 minutes. They were capable of carrying either an 800 Kg bomb or torpedo. Additionally, the launching frame was attached to the aircraft fuselage which allowed them to be catapulted with or without the floats. The floats were dropable in flight if the mission dictated crash landing near the subs for crew recovery only. Obviously, the planes could be sent on one way missions too. The reason for floats was of course for testing and training and in case of multiple missions requiring recovery and re-use.

I found the ship interesting from a scale model seaplane concept due to its large tail surfaces, twin floats, and generally pleasing appearance. Additionally, I was looking for a project to test some new construction concepts. This ship is constructed mostly of glass-coveted foam. Water-based Varathane was used to stick the 1-1/2 oz glass to the foam. I used 1 lb/ cu ft white foam either hot wired or sanded to shape. Of course some light plywood, hardwood engine mounts, servo bearers, and balsa leading and trailing edges were used in addition to the foam parts.

Construction. Most of us modelers have used foam. Some, of course, have even built entire ships of the stuff. Covering it with glass stuck down with water-based Varathane is the lightest surface finish I've found yet. Unlike epoxy which solidifies but does not dry, a few coats of Varathane adds almost no weight..."

Article pages, text and pics, thanks to KraftyOne. 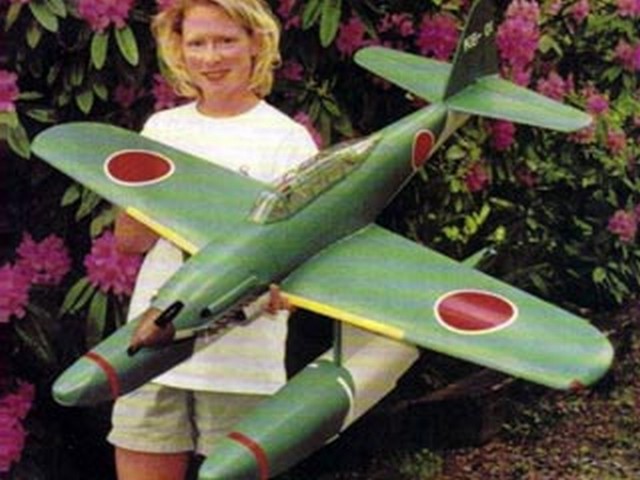