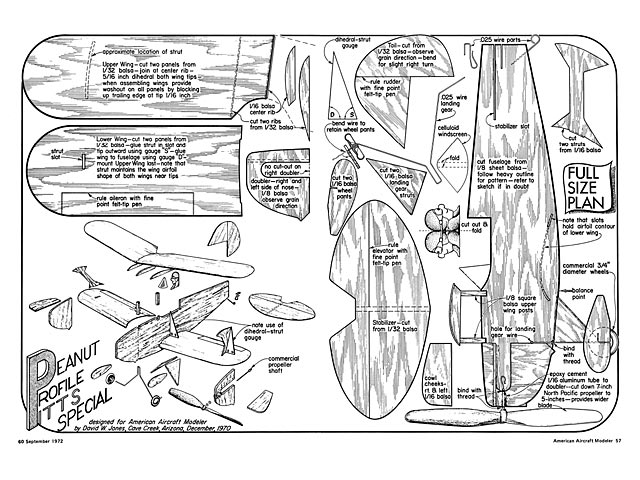 During the past year the problem of flying scale model builders became evident when indoor flying scale models constructed with the super-skill of microfilm specialists won - simply because they flew with the greatest endurance times. They might as well have been flying stick models! On the other hand, models which were constructed with scale fidelity in mind never made significant flight times.

This situation has made it quite clear the basic challenge of both building flying scale models, where the two disciplines of flyability and scale fidelity clash on a high technological plane, and judging competitions, where weighing the merits of a true miniature replica of a full-scale craft is precariously balanced against the stopwatch. In short, what looked like a fun-type extension of the 'dime-model' concept of years ago, which should attract many thousands of enthusiastic modelers, has (as in other types of highly-specialized competition) become a battle of the experts, leaving behind the average model builder who enjoys his hobby for its own merits and not necessarily for the high-powered thrills that competition brings.

I usually feel that if I can get a rubber-powered scale model to climb in a gentle and stable manner and glide to a smooth landing, I have succeeded royally. Citing more specifically from my recent experience, I decided to build a Peanut Scale model (13 in maximum span) of a Pitts Special simply because the shape of the craft is appealing and I knew I'd enjoy flying it for my own

amusement. I used a drawing by Bjorn Karlstrom distributed by Bill Hannan's 'Graphics' which was in 3/8 in to the foot scale. By doubling the drawing size to 3/4 in scale, the span was just a little over a foot and just right for a Peanut model.

It took quite an enjoyable period of time to build the model which flies well enough to satisfy me, but while con-structing it, I had the thought that a profile version of the Pitts using 1/8 balsa for the fuselage and 1/32 balsa for the flying surfaces would take only about 1/100 the time to make and would be more durable and probably a bit more flyable. It was easy to trace the outlines and glue the parts together.

Since I found such joy in this alteration of the Peanut Scale concept, I wanted to see how others would take to it, so I took the time to make these plans. Actually, there is another reason for drawing the plans. It occurred to me that using the general system of simple construction I've shown here, almost any full-size flying machine can be ren-dered unto the 'Peanut Profile' size. Who will be the first with a Peanut Profile Spitfire? Or FW-190?

And should such models become a competition item, it is easy to see that the general construction dilutes the need for detailed scale authenticity and there is a basic uniform flyability inherent in such designs. Since profile models can be built quickly, it is a natural for small club activity. Build yourself a flying armada and send snapshots of your air force to American Aircraft Modeler. Anything as fun as this should be shared with others! " 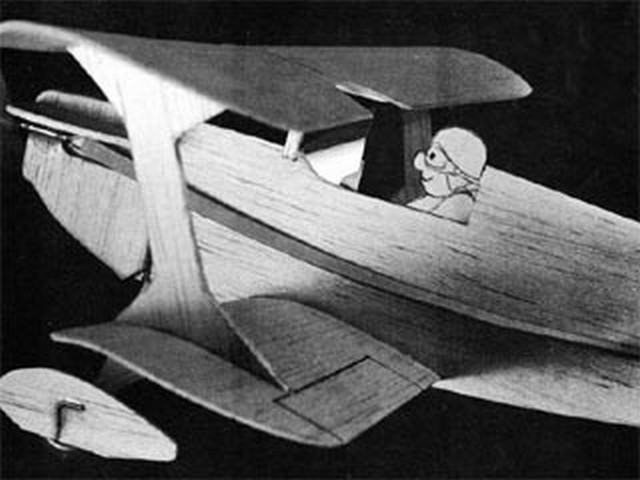 I have built the profile Pitts, but made from 2mm depron with a 1" wide fuselage and minium radio gear but using a syma X7 quadcopter motor, gear housing and prop [more pics 003. 004]. Flew well in a straight line but didn't like control inputs.
AndyMac - 10/07/2017
Add a comment