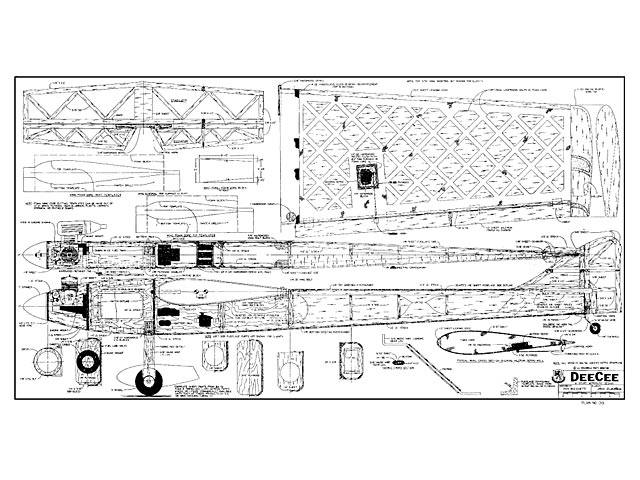 Quote: "In designing this sport model several goals were established. They were: keep the weight as low as possible, keep the construction as simple as possible, give it acrobatic capabilities, and, most importantly, make its appearance pleasing. The model's name is taken from the initials of the club I belong to - the DCRO (District of Columbia Radio Control).

First of all let me make a brief comment on the airfoil and then get into the construction details. As you can see from the plans the airfoil is very thick. The airfoil used is the Eppler 473, a symmetrical section whose thickness has been increased from 16.19% to 18%. Over the years I've been favoring thick sections as they have suited my desires for planes that do not fly too fast and have docile handling traits. In this model these conditions have been realized. That being said it's time to start building.

In order to keep the weight on the low side be very careful in your selection of balsa wood by using light to medium weight stock.

Fuselage. The firdt step is to make all of the necessary parts. This includes sides, doublers, formers and landing gear blocks. Start by preparing the 1/8 balsa sides. As the fuselage is long it will necessitate splicing sheets together. I made the splice at the rear end where the size of the cut will be minimal and will be reinforced by a balsa doubler. The plan shows the splice based on the use of 48 in long balsa sheets. 4 inch wide balsa was used which will require the addition of some balsa at the front end to build up the width to the necessary profile.

After the sides are out to shape, 1/2 in wide triangular stock is added along the edges except for the area where the landing gear plate is located. This allows the corners to be rounded to give a much more pleasing look than if they were left square. To facilitate bending the triangular stock, kerfs are cut every 1/2 in along the curved pieces on the front end of the fuselage.

Hi Steve, I was quite surprised to find one of the RCM 'missing' plans in one of the few mags I have left. Hopefully the "technicians" will be able to create a clean plan, but I was only able to upload a 1MB image, RCG would not allow any larger. Cheers, 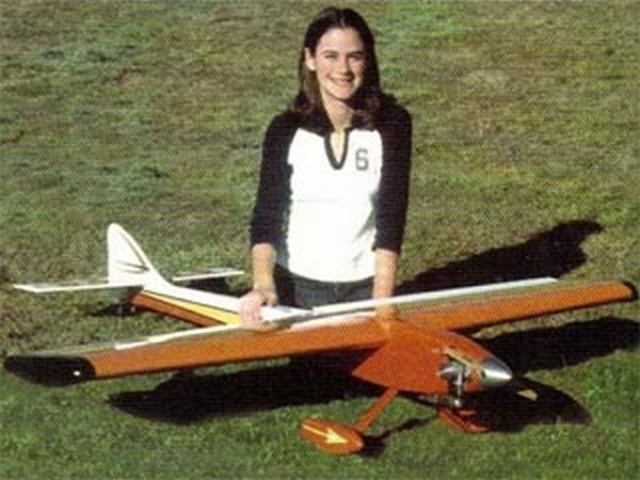