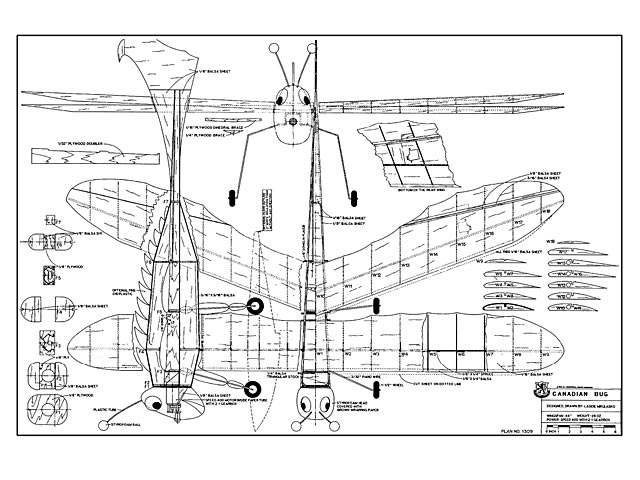 Quote: "This model is a tribute to creative modeler, the late Dick Tichenor. Dick designed the unique model called Dicky Bug (oz6612). The model was designed to look like some kind of bug with two identical wings in tandem. The article was published in this magazine back in November 1976. His model was powered by a Cox 0.51 glow engine. Jim Pearson current assistant editor of RCM was present at the test flight and he witnessed its maiden flight. Apparently it flew fine. Ever since this model was published, I kept the article as one of the models to be built.

Finally, 24 years later, in year 2000 I did build this model, but powered by a Speed 400 electric motor with 2:1 gearbox. The only other change I made was to the body of the Bug. The original used commercially available canopies for the top and bottom half of the body. The body of rny model was made from formers and 1/16 in balsa sheet. After flying it for several weeks. I wanted to build another Bug, but with a more 'scale' like appearance.

Here in Canada, way up-up north, we have this gigantic imaginary bug terrorizing tundra inhabitants. The model presented here is half scale of it.

Never seeing the real bug flying, I had to guess about the bugs flying capabilities. To be able to control the model in pitch, I had to sweep back the rear wing. This way I could have elevons far enough back from the CG point. I cannot say my Bug flew fine on the first flight. After launch, the model would pitch up terribly. Moving the CG forward helped... " 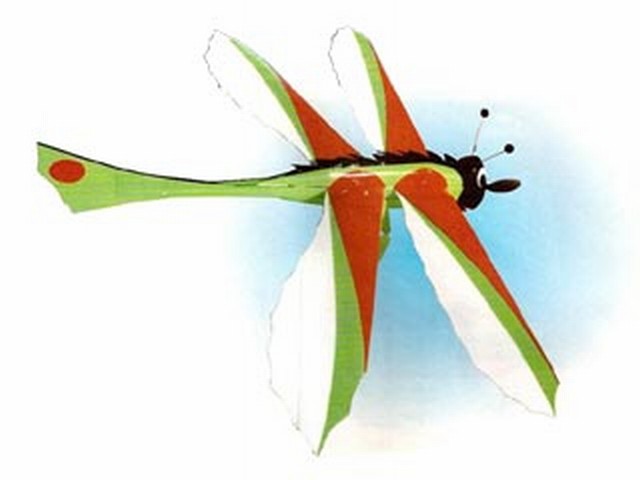