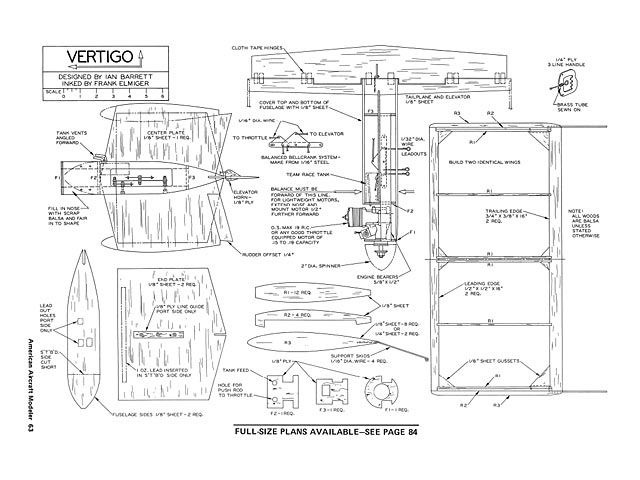 Quote: "Some experiments by the writer with normal control-line models on very short lines showed that, providing the engine thrust exceeded the weight of the model, hovering flight could be achieved with reasonable control. It became obvious that a powerful elevator was required, as the only airflow over it was that provided by the slipstream from the propeller.

After sketching out various possible configurations, the first model was designed. This was a squat, box-like biplane, symmetrical about the centerline, with the controlling elevator set directly between the trailing edges of the wings. The wings were supported by the center section 'fins' and wing endplates, the latter also providing support for the tail-plane tips. Offset was only applied to the bottom fin to give a rolling moment in an opposite sense to that applied by the engine torque. A three point support at the rear and a single wheel under the nose comprised the undercarriage. Although small wheels were fitted to the rear supports, they were subsequently removed to reduce weight - there was no ground roll with the model pointing up, anyway!

The motor used was an old .15 cu in diesel for which a throttle was obtained. Although disels are not as staisfactory as glow motors for low-speed throttle running, this engine rpoved to be completely satisfactory..." 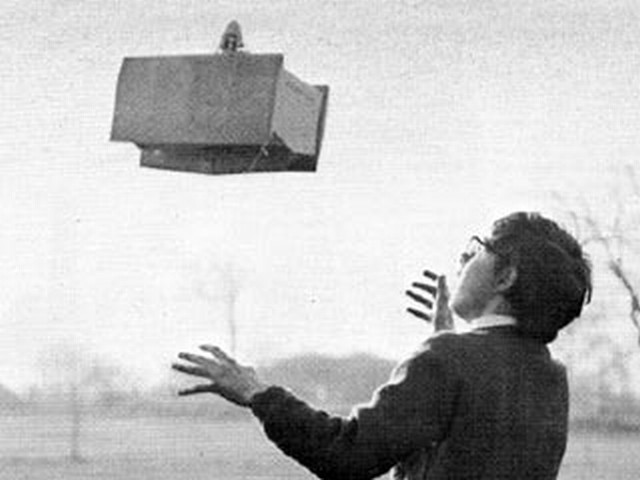