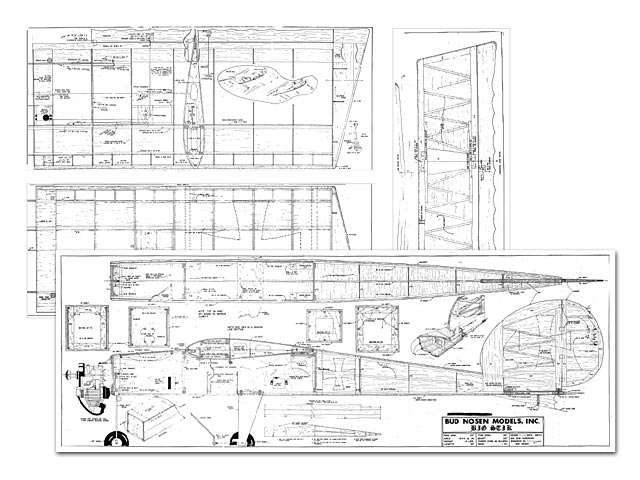 Are you tempted to try a monster airplane that assembles at the field in a couple of minutes, flies like a dream yet is fully aerobatic, and flies an hour on about 40 cents' worth of fuel? Better yet, it builds up fast, can be covered with Monokote or similar iron-on film coverings, has tricycle gear, and is durable enough to take the abuse of being a first-in-line, everyday airplane!

That's definitely a big order to fill, considering all the good products that are reported to work great, but seldom do because they are mismatched with others. For 5 years now I have been mismatching large airplanes, power-plants, and landing gear systems. I had reached the brink of frustration, having many near misses with success. My large airplanes flew well, but not totally to my satisfaction. I felt like one slip of my thumbs and my entire winter's project of a scale beauty would hit the ground!

I heard reports like: My plane loops at 1/3 throttle, It goes straight up, It does anything I want to, and so on from people all over the country. Yet all the large models I saw fly, at best flew like mine that were marginally powered.

I was repeatedly asked questions by newcomers such as which engine would their large airplane best fly with, what modifications should be made to the kit to accept the engine, or how did I think their combination would fly? Several of these newcomers were so excited about their new large airplanes that I found it difficult to express my own doubts that they would end up happy with any combination available. In some cases I knew the newcomer had only limited experience with models, or less than average modeling ability, and I was afraid the individual would end up bitterly disappointed with the hobby, or worse yet, hurt someone with his monster! I simply did not know of any easily-mastered, off-the-shelf combination that I could recommend.

I feel that times have been changing the last 4 or 6 months, and several good combinations are becoming available today that new and improved power-plants, new propellers, new kits, and experience with each have bred. Maga-zine coverage of big airplanes has helped tremendously to familiarize us all with these new products, and most reports are success stories written by modelers, rather than the previous manufacturer ads that left modelers with unanswered questions. The old days of just a couple of years ago left no alternative but to try a product and play guinea-pig for the other modelers around!

Still, with all the recent success stories I had read, products I had seen or tried, and experiences I have personally had, I felt there was a desperate need for a sport design using large ignition or glow style engines. Scale model designs of countless subjects were available, but sport fun-flying, inexpensive style designs were (and still are) very limited. I felt far too many large scale airplanes were being completed as showpieces and static subjects, rather than airplanes that would be flown every day. Nearly four years' worth of my own modeling effort was left at home in the basement more often than being taken along to the flying field to be flown! I was tired of building models and just having pictures taken of them, and l was tired of being so limited by lack of power in how they could be flown!

Last year's 1/4 Scale meet in Las Vegas left me with this feeling as I came home disappointed with my own performance. I had stayed up 10 days on about 20 hours sleep total getting my new 1/3-scale Super Fly ready to go, driven straight through over 1500 miles to get there on time, tinkered 2 full days with a new engine before making my first flight, and then made only 3 flights the last day. Those 3 flights were proof to me that I was closer to having a successful combination than ever before, but more tinkering and modifying would be necessary before I could relax and have fun flying the design. I noticed during the show that many other fliers flew only a few flights, if any at all, and most of these flights were nothing more than takeoffs, circles around the field, and landings. A very few of the airplanes flown were aerobatic beyond the simple loop and roll stage.

I'm not saying this to in any way down-play the event, because it was the greatest gathering of beautifully built and finished large scale airplanes I have seen in 10 years of modeling! The point I want to make is that I disagree with putting so much time and effort into a model that I am hesitant to fly it! Contrary to the QSAA 'scale only' direction when awarding prizes, I feel it's better to sacrifice the scale look requirement and encourage fast-building, truly aerobatic, fun-to-fly monster airplanes, And now I have one I came back from Las Vegas soul-searching for why I did not feel really relaxed and glad to have made the trip, and when I realized I had missed having fun flying, I made up my mind to try one more (a last ditch effort!) monster-size airplane that I felt would be fun to fly. if I could not build a fun-to-fly large model after 5 years of concentrated effort on just large airplanes, I made up my mind to give up.

I spent probably a month thumbing through old magazines, looking at kit plans, and thinking about what airplanes I had enjoyed flying in the .40 and .60 versions. I finally saw a picture of 3 Tulsa-area modelers' airplanes that totally made sense to me. They were huge Ugly Stiks, enlarged 1.7 times the .60 powered size, designed for Quadras. Weight was reported over 30 pounds each (See Flap Co Ugly Sticks in last month's R/C World - wcn).

Without going into too much detail, I decided I would rather try my own design, I had learned to fly on a Jensen Ugly Stik (oz1253) ten years ago, and have kept one around ever since for a fun-fly airplane. I dug out a set of my old plans, got out my calculator and decimal ruler, and went to work enlarging the plans. I started out considering just how big a 1.7 times enlargement would be, and when I realized it could not fit into the back of my full-sized station wagon. started thinking smaller! After playing with different sizes, looking at wood sizes available, and thinking how large my Quadra was, I decided to enlarge the outline only 1.6 times. I quickly plotteda new rib outline on graph paper, drew in the 'scale' spar and center-of-gravity locations, and decided to call it a night.

The following night l went to a local club meeting, at which I asked if there was anyone else interested in my idea. Mike Smith voiced interest, and we scheduled a work day the following Saturday to finalize plans and start building two of the monsters. I spent an afternoon rounding up more drawing paper and supplies and was ready for the weekend.

Saturday came, and so did Mike. We tore into the project, first considering the use of cardboard, arrow shafts, aluminum tubing, and several other construction techniques. We finally decided to come back to basic balsa, plywood, and spruce construction. My large airplane experience had familiarized me with this style of construction, and I felt I could better judge the weight of our structure in this form than any other..."

Quote: "A 101 inch wingspan version of Phil Kraft's famous Ugly Stik (oz5175). Designed and stressed for engines up to two cubic inches. Internal strength is great enough to allow the use of mostly any covering material. Construction of the model is all wood and kit design is with simple fast assembly in mind..."

Quote: "Thanks for the awesome site Mary and Steve! Here is the 101in Bud Nosen Giant Stik for gas power. Enjoy!" 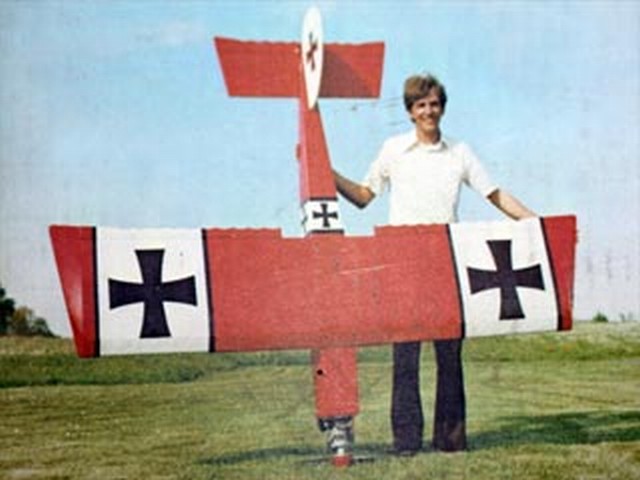 The formers not complete, missing F4 and F6 and F7.
Bernd - 12/10/2015
Anyone have the instruction sheet from the kit? Laser Cut Kits in Australia do a very similar plan + short kit.
Marty - 13/10/2015
I am so pleased that somebody has had time to put these plans back up, as I believe there will be a number of people who will want to fly one of these Giants Stixs. I built my first one from a $35 kit found at a yard sale and powered it with a Zenoa 80 twin. Sold the airplane to a friend who passed away and his wife will not sell anything that is still sitting in his hanger. So I am ready to build another. They fly fantastic and would equate it to a big aerobatic trainer. Thank you so much, my original plans did not show formers and I would have to modify to have ribs and formers laser cut. This will save a ton of time. Cheers.
FritzAir - 04/04/2016
Along with your plans there was an article outlining the build of that particular aircraft but it ended with a comment of refer to page 68. Am I missing some text or do you have any further information regarding page 68? Thank you so much have a great day.
Anon - 06/04/2016
I've added the missing pages to the article now, thanks to RFJ.
Mary - 06/04/2016
Hi Mary. As mentioned earlier, something from the archives. Our shop kit builder, Agustine, is holding a 25cc Big Stik he built for promotional purposes, in the photo [more pics 004].
AndyCoutts - 12/01/2017
More old photos [more pics 005-007]. The Big Stik with a sky-diver underneath belonged to my partner in "The" Hobby Shop, Barry Hunt.
AndyCoutts - 31/03/2017
I am good friends with Don & Mike. At the time I also scratch built a Big Stick. Unfortunately had a servo strip in the elevator oops crash. Built another and it sat for 20 years in the rafters of my garage all framed up. I finally pulled it down and decided to finish it. Attached are pics with a Zenoah GT80 [more pics 008-011].
IrwinDaniel - 09/01/2020
Add a comment