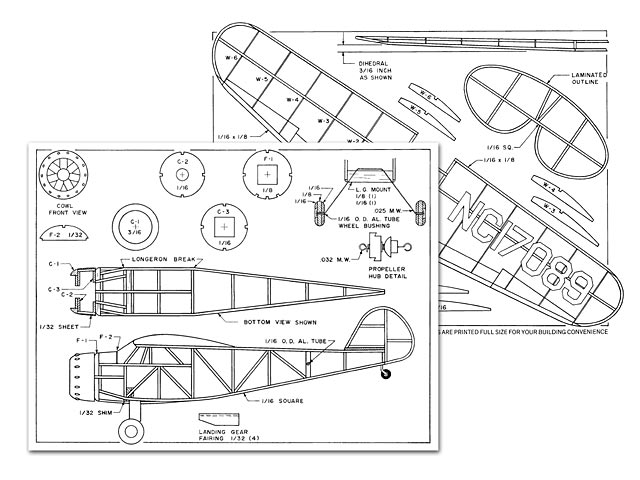 Quote: "Peanut Scale brings back the delicate structures, a bit of flying fun around a lamppost. Plans herewith are full size. Cessna 'Airmaster', by John Blankenship.

The history of the attractive Airmaster series, which was built by Cessna from 1935 to 1941, is told by Paul Matt in the Historical Aviation Album, volume VI (available from Carsten's Publications). The model is scaled directly from Mr Matt's excellent drawings which accompany the Airmaster story. Dihedral and horizontal stabilizer area have been increased for better stability.

The Fuselage. The fuselage structure is a conventional box frame. Select light wood for construction. Build the two side frames on the fuselage side view, using a plastic kitchen wrap to protect your plan. When completed, sand both sides lightly to remove bumps and excess glue. Assemble the side frames inverted, over the fuselage bottom view on the plan, after carefully cracking the longerons at the indicated points. Glue in the cross pieces, checking alignment carefully. 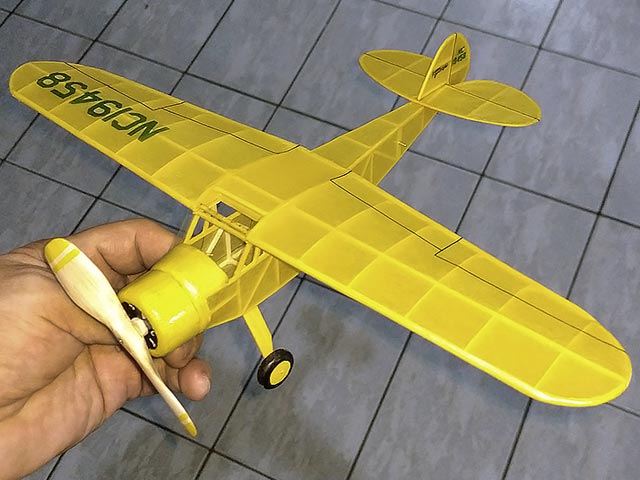