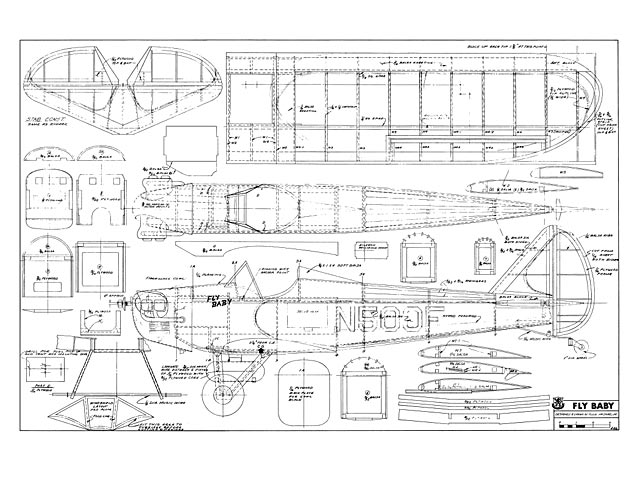 When I first read that R/C MODELER was having a design contest, my immediate response was- I can't win so why try. But then I couldn't forget about it. The bug had already bitten arid I wouldn't be able to live with myself if I didn't give it a try.

The hardest part of picking a subject was deciding what would impress the judges the most. Since judges ars like any other modeler, they each have their own likes and dislikes. About the only category that would be common to all modelers would be scale. This was more to my liking since I prefer to build scale.

My next problem was time. I am a slow builder, and due to the dosing date of the contest, I only had four months to complete the plans and build the model. This was quite a chore since I have a wife and three children who demand equal time! This didn't leave any time to eat or sleep. A few pieces of balsa and some glue keeps the two boys happy and the little girl isn't hard to please, but it would usually take an occasional night out far a movie and supper to please the wife.

Back to the airplane. I searched through several of the scale plans I had drawn over the past three years. All of them were beyond the maximum requirements of the contest since they were designed for larger equipment. Some were appealing due to the size of the model they would make, but would be less appealing if the scale was reduced. Finally it occured to me that the most appealing of the bunch, and the one which had the simplicity for the limited time available, was a 1-1/2 in to 1 ft model of Peter M Bowers Fly Baby.

Pete Bower stated that his Fly Baby started as a series of models dating back to 1936. He used many of the ideas front these models to create one of the neatest and most appealing homebuilts that l have ever seen. For his efforts, he he won the design contest held by ihe Experimental Aircraft Association in 1962.

Since the Fly Baby started as a model, it is only fitting that it be brought back to model form. The construction of the real plane is so simple that it appears be a scaled up model. This makes it very easy for a person to ploduce a scale-like strunture. The plans found in 1963 issues of Air Progress are a natural for drawing model plans. Any additonal dimensions can be scaled directly from the plans with the assurance of being correct

Construction. The wing appeared so simple while I was drawing the plans that I started building it first. Cut the ribs for each panel by stacking ten pieces of 1/16 x 7/8 x 6-1/2 in together and jig sawing to outline of W3. Repeat this for the opposite paanel..."

Update 17/09/2015: Replaced this plan with a re-scaled and slightly clearer copy, thanks to DPlumpe.

Quote: "Steve, You recently posted on Outerzone a Fly Baby plan by Floyd Hipshire in December 1970 RCM, scaled to 56" span. Floyd states in his article that his model was scaled 1-1/2"=1'. Since the fullscale is 28' span, this should give the model 42" span. There's a 0-3" scale in the title block which, when properly scaled, also gives a span of 42". I attach the article and my scan, scaled to 42" span, which also gives the correct 0-3" scale in the title block. My scan is also slightly clearer than the one you posted. I also attach a scan of the article. Keep up the good work!"

Update 27/07/2017: Replaced this plan with a clearer copy scanned from fullsize, thanks to Munchausen, rchopper56. 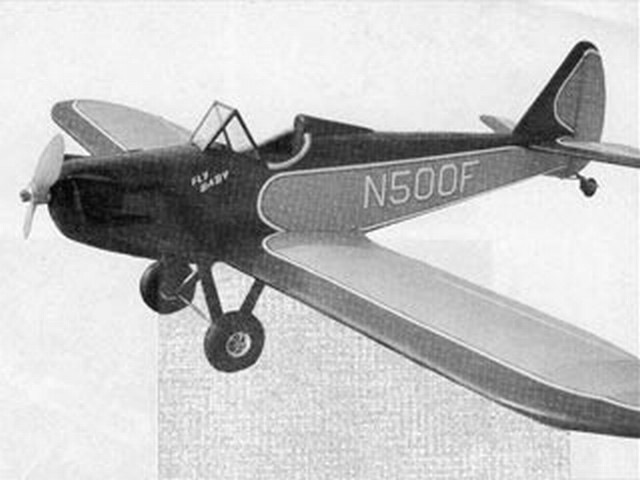